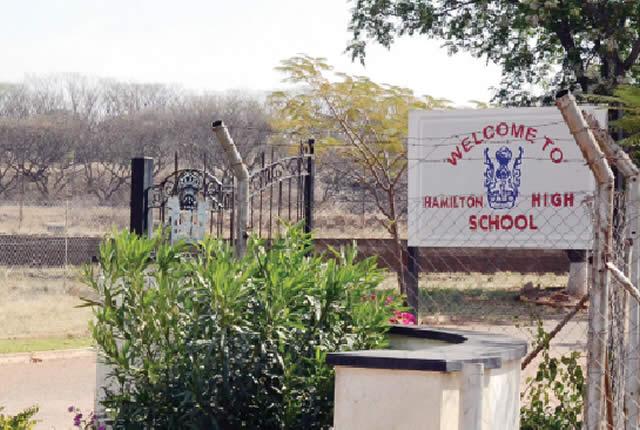 A source said the three bullies led the Lower Six boys to the toilets where they assaulted them.

“There is a case of bullying which the police recently attended to at Hamilton High School. Three Form Five students who are new to the school were assaulted by three Upper Six students. The senior students somehow dragged the new boys to the boys’ toilets where they started assaulting them.

“The three Upper Six boys said the beatings were just a tradition to welcome them to their new school,” said the source.

The source said the bullying victims reported the matter to the police who arrested the trio.

She said of the accused pupils, two aged 20 and one aged 18 admitted that they committed the offence and were fined.

“We received a case of assault and bullying which happened at a local school. The three accused are said to have led their colleagues into a toilet where they beat them up which is not acceptable at law. We don’t believe schools condone such behaviour,” said Chief Insp Simango.

“As police we are appealing to high school students to desist from acts of bullying. We also encourage parents of victimised students to report the bullying cases to school authorities before engaging law enforcement agents.”

Acting Bulawayo Provincial Education Director Mrs Olicah Kaira could not be reached for comment as her cellphone was unreachable.

However, Government has zero tolerance to bullying in schools.

Last year, Marist Brothers Secondary School in Dete, Hwange District, excluded from the institution 16 Form Four pupils who ganged up to torture some Form Two boys at the school.

In the education sector, exclusion means that pupils found guilty of committing offences are given transfer letters to seek places in other schools.The Chronicle