Man U still after Pochettino

Jose Mourinho underestimated Manchester United’s appetite for change. When the time came to cut the cord on his toxic reign, £20 million was considered a price worth paying. 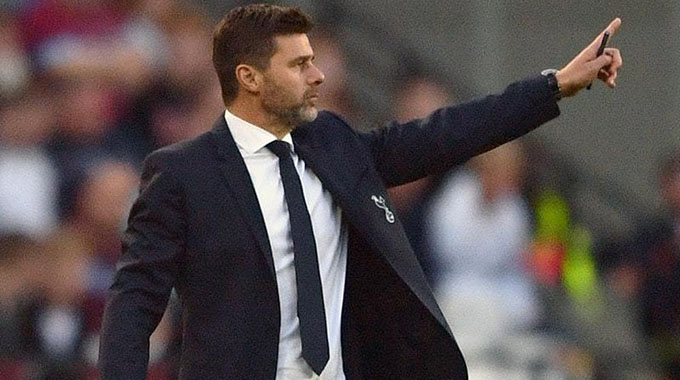 “If they send me away, do you have any idea how much money they would have to give me?” Mourinho told Italian reporters in September.

Three months later he was sacked — and United’s latest financial results, which included record revenues of £208m and profits of £44m, serve as evidence of the club’s ability to absorb the cost of failure.

And if Daniel Levy believes a compensation package running into tens of millions of pounds will prove prohibitive to Ed Woodward’s pursuit of Mauricio Pochettino, he will be disappointed.

Tottenham’s manager provided a latest reminder of why he has long-been at the top of United’s managerial wish-list this week by steering Spurs to within 90 minutes of the Champions League quarter-finals.

Just weeks after two cup exits in the space three days took the shine off his candidacy to become the permanent successor to Mourinho, Spurs’ re-emergence as title contenders and Wednesday’s 3-0 win against Borussia Dortmund have justified Woodward’s ongoing admiration.

“We’re not going to give updates part way through,” he told investors on the New York Stock Exchange.

Privately, the feeling within Old Trafford is that Solskjaer’s rising credentials to get the job are a good problem to have.

But if the Norwegian is appointed, it will be due United’s resurgence on the pitch, rather than the fact he represents a much cheaper option than Pochettino — or indeed any of the other names under consideration, from Max Allegri to Zinedine Zidane.

Standard Sport understands United will not be put off by the prospect of paying Spurs a compensation fee, which it is believed will exceed the £34m value of the remaining four years of Pochettino’s contract. As far as United’s accounts are concerned the package would be spread across the length of any proposed deal at Old Trafford, making it a considerably less daunting figure. — The Evening Standard.

Poll delay angers Buhari, as he urges voters to turn out in numbers