The Meteorological Services Department (MSD) has warned of thunderstorms and heavy rains in excess of 50 millimetres in just 24 hours in some parts of the country. 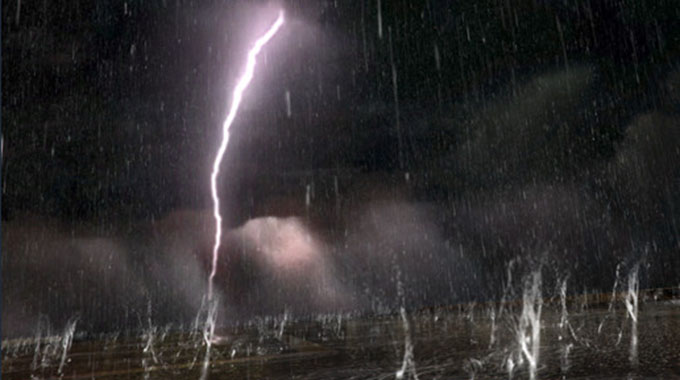 In a statement the MSD said the rains may come in sharp downpours, damaging winds, lightning, and hailstorm and causing flash flooding in some areas.

There are also fears that the winds could uproot trees and damage infrastructure.

“In general, rains are expected countrywide from Wednesday February 13 until Saturday February 16 2019, with heavy falls in some places. Of note however, on Thursday 14 and Friday 15 February, parts of Manicaland, Matabeleland South, Masvingo Provinces, as well as southern areas of Midlands Province are forecast to receive heavier rains in excess of 50mm in 24 hours.”

The MSD has advised members of the public to avoid crossing flooded rivers and swollen streams where the depth is unknown as flash flooding may occur especially in low laying areas and river planes. “Thereafter, the rains should steadily ease off giving way to bright and showery conditions in most areas, and localized heavier falls in places,”

“Where possible, move from such areas. Try to avoid being caught outdoors or on the road during heavy storms, more so at night when flood dangers are more difficult to perceive. The Department will continue monitoring the conditions and update the public accordingly. The public is also being requested to provide feedback or information on disasters” the statement said. DailyNews