Zanu PF’s Chegutu West MP Dexter Nduna, who has admitted killing people in the past, has filed a $10 million defamation lawsuit against fellow MP Temba Mliswa (Norton) for calling him a ‘thief’ during a heated altercation at a parliamentary committee meeting in Harare on Monday.

In a video that has since gone viral, Mliswa accused Nduna, a former Chairperson of the Parliamentary Portfolio Committee on Transport, of benefitting from an $11 million scandal that rocked the Zimbabwe National Roads Administration (ZINARA).

Nduna took exception to the allegation and demanded that Mliswa respect him and not call him a thief. A defiant Mliswa kept calling Nduna a “thief” arguing that a forensic audit had implicated him. “You are a double thief, a triple thief,” Mliswa said as he persisted with the jibes.

Mliswa guns for Rautenbach over alleged state capture in…

In an attempt to intimidate Mliswa, Nduna then suggested he was going to deal with the Norton MP outside parliament boasting that he had killed people in the past whose names he did not even know. Mliswa however was having none of it and told him “return the money you stole from ZINARA.” 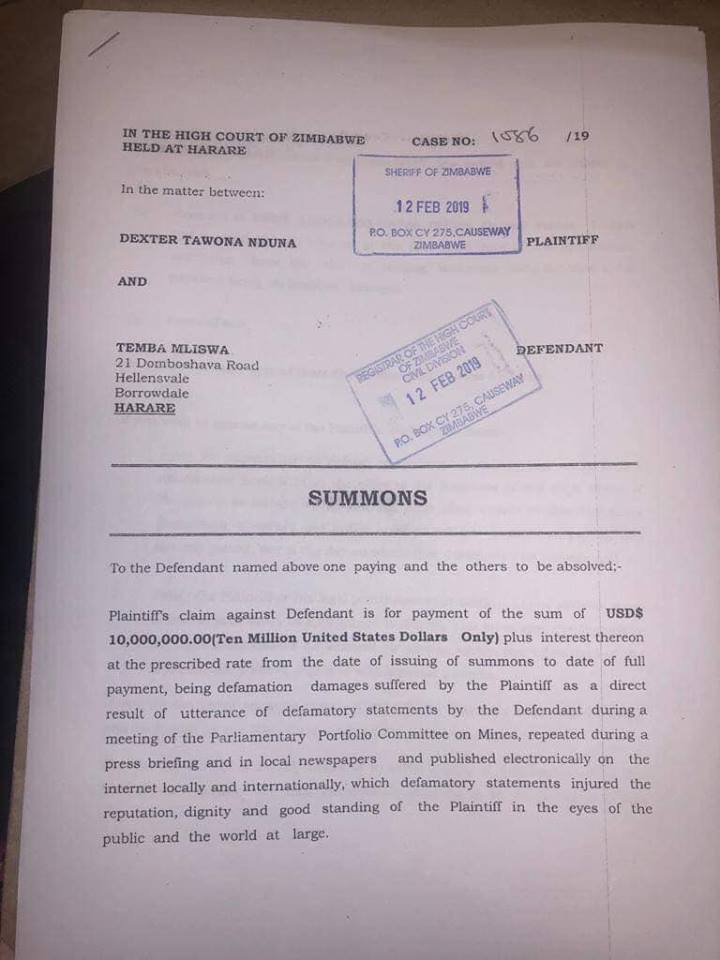 Mliswa stepped down as chairman of the Mines and Energy Portfolio Committee following an article in the state media claiming Mliswa and four other legislators from the Committee had demanded $400,000 bribe money from one James Ross Goddard of JRG Contracting. “The money was apparently a “facilitation fee” to enable the JRG Contracting to secure a mining contract at Hwange.”

In May 2018 Nduna was arrested on allegations of public violence and discharging a firearm in public during Zanu-PF primary elections. In November the same year he shocked many when he moved a motion to have any Zimbabwean who calls for sanctions on the country to be sentenced to death.

Mliswa guns for Rautenbach over alleged state capture in Zimbabwe