Beverages giant, Delta Corporation, yesterday announced new recommended wholesale and retail prices for its clear beer products that are sold across the country, a move that has resulted in a 25 percent increase of the firm’s lager beer prices. 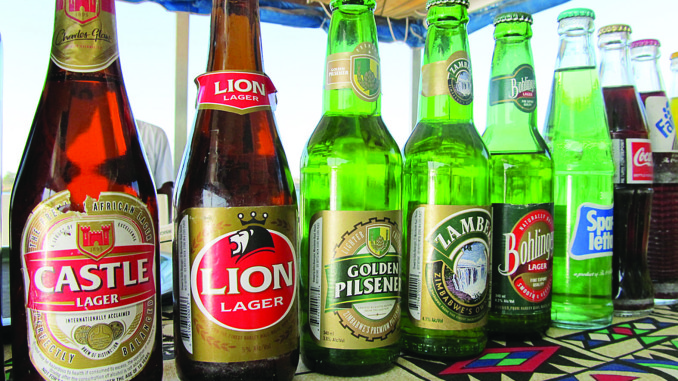 The move by Delta follows an announcement by the company to sell its products in hard currency citing that its business was being “adversely affected” by foreign currency shortages, which resulted in the company failing to meet demand obligations.

The decision was, however, rescinded last week after the firm was engaged in talks with Government.

“We are saying the private sector should wait for us to give policy. They should be patient and see how our fiscal policy is making progress. We are making good progress in fiscal consolidation and once we are ready, we will institute the requisite monetary reforms,” said Minister Ncube.

“They should not rush ahead to choose the currency they think the whole country should adopt. They should just be patient, let us work together. That is really our message,” he said.

“Delta Beverages has increased the wholesale prices of clear beer by an average of 25 percent. The recommended retail prices have been adjusted accordingly.

“The adjustment of the wholesale price is meant to cushion the company against the significant increases in local costs, as confirmed by the official inflation statistics. It also addresses the value share with the retail partners. The company is still assessing the cost impact on its other products.

“The company notes the reports about hikes in the retail prices of its products. These prices do not reflect the cost of acquiring the beverages from Delta.”

Some bottle stores have been selling 375ml of castle lager beer upwards of $2 and upwards of $4 for green bottle lagers such as Golden Pilsener.

“We commend the modern trade channel that continues to charge recommended prices. We urge our retail partners to be considerate in dealing with the consumer,” said Ms Murambinda.

According to a statement released yesterday, the beverages giant said prices would be implemented with effect from 7 (yesterday) January 2019.

As such, the recommended retail price inclusive of value added tax (VAT) for lagers particularly Castle Lager, Lion, Carling Black Label (375ml and 750ml) are $1 and $2 respectively, while Bohlingers, Golden Pilsener and Zambezi (340ml and 660mln) are $1,25 and $2,50.