The Zimbabwe Revenue Authority (Zimra) has started collecting taxes, especially Value Added Tax (VAT) and Pay-As-You-Earn (PAYE) in foreign currency from companies that collect payments in that currency, but the informal sector continues to give the tax-man serious headaches. 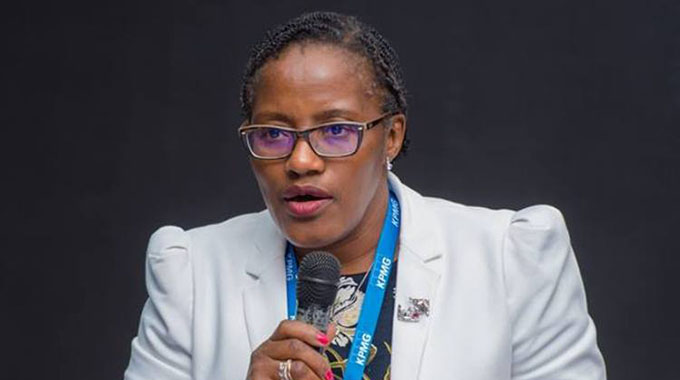 “Yes, people have started paying taxes in foreign currency. I don’t have numbers as yet and would need to check with accounts, but we have started collecting and Ministry (of Finance and Economic Development) has asked us to open a separate account for forex tax payments, which we have,” said Ms Mazani.

Zimra official who was on the run over USD$400k fraud…

The move to start collecting taxes in foreign currency comes at a time when Government has advised Zimra to widen revenue collection to shore national coffers.

Several measures to boost revenue collection were proposed in the 2019 Budget, including a review of excise duty on cigarettes to $25 per 1 000 sticks, with effect from December 1, this year while customs duty on motor vehicles is now payable in foreign currency, except for vehicles paid for before November 22.

“This measure will also apply on all import VAT and surtax,” said Prof Ncube.

While Government wants companies to pay duty in their currency of trade, especially following a rise in firms that no longer accept RTGS, mobile money and bond notes, Zimra is facing serious challenges in pinning down such traders given their sophistication.

Prof Ncube conceded that while companies are appointed as agents that collect revenue on behalf of Government, some of them are “not remitting VAT in the currency of trade, taking advantage of the arbitrage opportunities on the informal market”.

“In order to contain such practices, I propose to compel companies that collect VAT in United States dollars or any other currency to remit VAT using the same mode of payment. This measure will apply on all other taxes,” said Prof Ncube.

Zimra has embraced Prof Ncube’s call and formal companies are already remitting taxes in the currency of trade, but the informal sector, which plays host to huge sums of money, remains outside the tax bracket and the tax-man is battling on how best to rope the sector into the tax bracket.

The informal sector, particularly tuck shops in downtown Harare and other cities across the country, trade exclusively in cash — bond notes and foreign currency — and their systems are not fiscalised.

This makes their operations difficult for Zimra to get anything from them.

Manufacturers are now supplying more of their products to the informal sector where they get cash payments, as opposed to the formal sector that pays though RTGS, a move that deprives Government of revenue.

Since mid-December, there has been heightened activity in the informal sector as traders sought to stock up for the festive season, but sadly, all the transactions were outside the tax net.

Said Ms Mazani: “The problem with the informal sector is that they deal in cash and we acknowledge it’s a difficult sector.

“But what we are looking at is having systems riding on the technologies that include Ecocash, Telecash and others. Right now we are in discussions with telecom companies to give us merchant codes and individuals with amounts in their Ecocash, but also working with the banks to get the information if they are banking their money.

“We at least hope that if someone earns money, they will use it on something; it could be houses, cars, and when we go there, and get a database of people that bought cars, stands, and other things, we would want to know how you got the money.

“That is how we intend to address the informal sector. But it depends a lot on how we get that data but with our current systems it is very difficult. That is why we are talking a lot about servers and integration.”

Ms Mazani said they are seized with ensuring that those outside the tax bracket are registered, and “making sure that those who are registered but are not compliant”, play their part in developing the country through tax payments.

She said Zimra also wants to “simplify” the tax system for small businesses and/ or the informal sector, to bring them on board and “make sure that they are contributing at least their fair share of tax”.

“For the big companies, big businesses, we are going to be using our databases to make sure that those who have not been voluntarily coming on board, are on board, using enforcement which is a hard line tax collection approach where if tax payers that have not been complying are found, or we receive information through our whistle-blower we penalise them to come on board,” said Ms Mazani.

Government wants Zimra to collect as much revenue as possible to fund various infrastructure projects across the country, so as to avoid the costly loans provided by financial institutions. The Herald