The Zimbabwe Miners’ Federation (ZMF) says the prevailing fuel shortage has significantly crippled small-scale mining operations as most of its members use diesel. 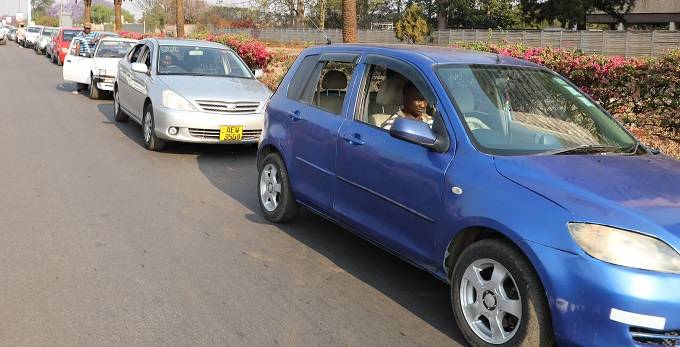 Zimbabwe has been experiencing fuel shortages due to lack of foreign currency to import diesel and petrol, among other critical requirements.

In an interview last Friday, ZMF spokesperson Mr Dosman Mangisi said small-scale miners who were largely in the gold mining sector had been hard hit by the prevailing fuel situation.

“I can safely say small-scale miners operations have been reduced by margins between 70 percent and 80 percent due to the prevailing fuel situation in the country,” he said.

“The impact of fuel shortage on small-scale miners is also evidenced by the gold output being produced by players in the sector.

Mr Mangisi said ZMF members were spending much of their time queuing for fuel resulting in some of the miners working a day or two a week.

He said the cost of production had also gone up as some of the ZMF members were buying fuel on the black market at higher margins just to keep their operations running.

“At times, due to fuel shortage, our members are also delayed to run their operations as they spend the productive time queuing for the commodity, which if they get, it is also not sustaining the operations.

“At other filling stations, they are getting 30 litres or 50 litres of diesel per week yet a minimum of 50 litres of diesel is what an average miner requires per day,” said Mr Mangisi, adding that a majority of the small-scale miners were using diesel as they did not have electricity at their mines.

Among others, small-scale miners require fuel to pump water from the shafts, running equipment such as jackhammers, compressors and milling plants as well as ferrying ore to the gold milling centres for processing.

In October, the country’s sole gold buyer Fidelity Printers and Refiners announced that the initial annual target of 30 tonnes had been surpassed as producers posted a combined output of 30,3 tonnes of the yellow metal.

The Reserve Bank of Zimbabwe attributed the upsurge in output of gold to incentives it was giving to miners.

As part of strategies to enhance foreign currency inflows from tobacco and gold sectors, the Central Bank this year increased input finance facilities for the two commodities.

The tobacco input finance facility was been increased from $28 million disbursed last year to $70 million while the gold support facility rose from $74 million (disbursed to 255 entities) in 2017 to $150 million in 2018.

Zimbabwe holds the second largest gold reserves per square kilometre in the whole world with 13 million tonnes of the yellow metal underground. The Chronicle

Bail ruling for Rushwaya, CIO officer and other accomplices moved