Poverty in the dormitory town of Epworth boarders on the extreme. 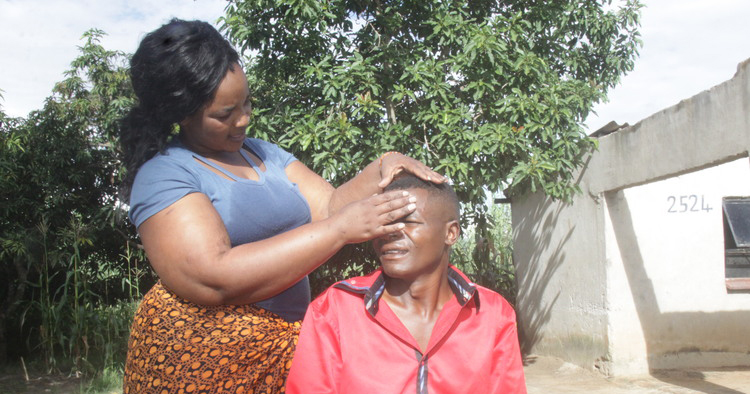 Many live without basic entitlements such as birth certificates and identification particulars. Threats of typhoid and cholera are common place while the exchange of sex for money is rampant practice.

Still, the town that grew from a rural community into a formal local board with an estimate population of 166 077 has found a way to become a conveyer belt of repute producing captains of industry, sports leaders, entertainment magnates to community leaders.

“It’s an endorsement of the vast untapped potential of in the peri-urban community,” says former Epworth Member of Parliament Zalerah Makari who grew up in Epworth and became marketer and mortgage banker.

“My grandfather is among the founding fathers of Epworth; the first head teacher of Chizungu Primary School. Growing up in Epworth there was always that desire, especially in the 80s, to see this place we called home develop with all the amenities that make up a modern town,” she says.

Among Epworth’s illustrious sons who are still actively giving back to the peri-urban town is Shepherd Mudzamiri. The Youth Education through Sport Harare province chairperson coordinates sporting events ranging from boxing, taekwondo, netball and volleyball at grassroots level.

“Epworth’s greatest misconception is that it is underrated basing on outdated history. It’s an awakening giant,” he said.

“Epworth is producing a number of sportsmen from Chitiyo to Moses Jackson (Chicken Inn) as well as a good number of junior players in the Premier Soccer League.

Epworth is also the home of boxing with the likes of Tawanda Chigwida, Peter Pambeni, and Alfred Kashiri rising through the ranks as well as Taekwondo instructors Willard Kashiri and Richard Maendaenda who represented Zimbabwe at various international platforms.”

Among an illustrious cast of captains of industry giving back to the community is Musekiwa Khumbula. A former Anglo cooperation of South Africa public affairs manager and group corporate affairs manager for Innscor Africa.

He is currently director of Southern Region Trading Company, a company responsible for IT software solutions.

A sixth born in a family of 10, Khumbula was raised by a father who was a shoemaker and a mother who was a full time house worker.

The Zimbabwe Poverty Atlas 2015 (Atlas) revealed that about 65 percent of township folk in Epworth live on less than a dollar a day. According to the research out of 46 012 households where 3-6 people make up a household, 29 862 are poor.

Makari believes Epworth is more than the bad statistics. “When I decided to stand as a Member of Parliament in 2015 it was my opportunity to give back to a community that had raised my father and his sibling and their children and now their children’s children.

So, even though I have put down my political cap I am continuing to work in the community through projects. You also know that Epworth has the biggest number of informal traders. Every morning thousands of Epworth residents travel to the CBD to trade.”