TRIPOLI. – The bodies of 34 Ethiopian Christians executed in Libya by Islamic State (IS) in 2015 have been exhumed from a mass grave, Libyan authorities said on Monday. 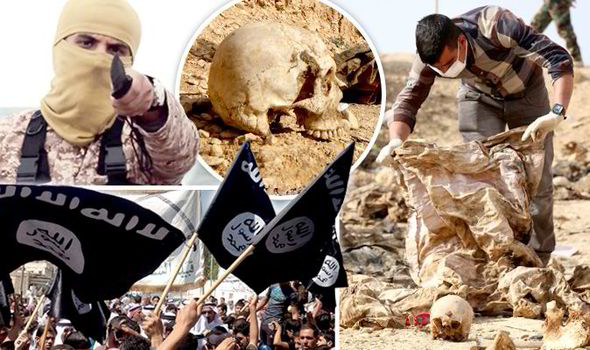 The grave was unearthed on Sunday, after information was obtained during investigations of arrested IS members, the interior ministry’s Criminal Investigation Department (CID) said on its Facebook page.

A video posted on social media in April 2015 appeared to show IS militants shooting and beheading the Christians, who were wearing orange jumpsuits, on a beach.

The CID displayed drone images of the mass grave, which appeared to be on a farm near the coastal city of Sirte.

The bodies will be repatriated to Ethiopia once “domestic and international legal procedures are completed”, it said. Hundreds of thousands of people have migrated from sub-Saharan Africa to Libya in recent years, many hoping to eventually reach Europe.

Islamic State took control of Sirte, the hometown of Libya’s former leader Muammar Qaddafi, in 2015 and lost the city late in 2016 to local forces backed by US air strikes. – Reuters

Zimbabwean Nyasha Mugwagwa among 12 people beheaded by terrorists in Mozambique

‘Nobody is safe anymore’: Afghans in shock after three female media…