A 12 year old boy died on the spot while two other people were injured when a donkey drawn scotch cart they were travelling in overturned in Nkayi District. 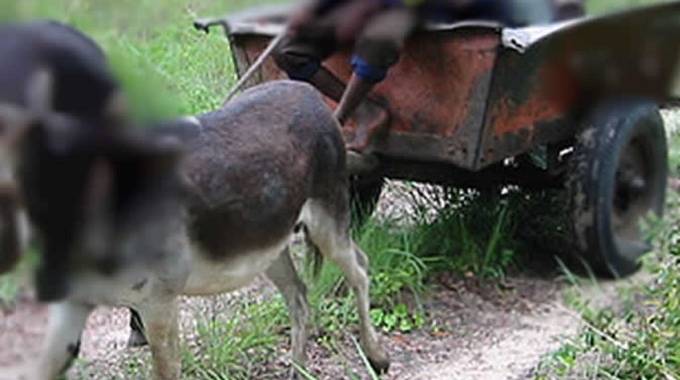 Nkosikhona Moyo of Khoto Village in Mdengelele area, sustained serious head injuries in the accident, leading to his death.

The accident occurred at around 4PM on Saturday along the Gwelutshena-Nkayi road.

The boy was travelling home from a nearby borehole in the company of Joshua Moyo (13) and Mr Jabulisa Ndlovu (32) when the accident occurred.

“I can confirm we received a report of a fatal accident where a donkey drawn scotch cart went over a hump while travelling at high speed and overturned. It threw out all the three passengers and as it landed, it seriously injured one of the minors, a 12-year-old boy who sustained serious head injuries and died on the spot,” she said.

The boy’s body was taken to Nkayi District Hospital mortuary.

Chief Insp Makonese urged members of the public to exercise caution when using scotch carts to avoid loss of life and injuries.

She urged parents and guardians to always lead animal drawn scotch carts as children may at times fail to control the animals.

Chief Insp Makonese said animals can panic at any time when disturbed or can just choose to be wild.

“It is sad to note that we continue to lose lives in scotch cart mishaps despite our warnings for people to exercise caution when using them. We also encourage adults to always be in the lead and never make children drive a scotch cart alone,” she said. The Chronicle