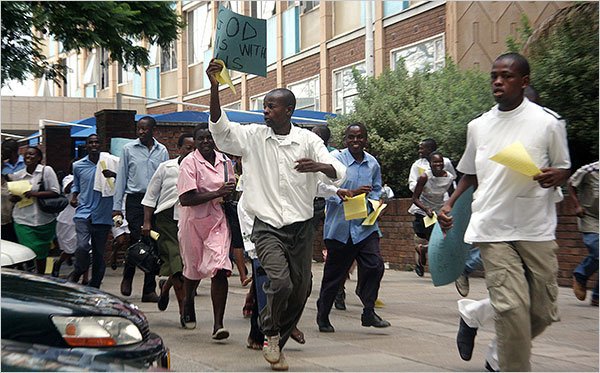 Nelson Chamisa’s MDC has said the government must quickly and effectively resolve the issue of medical practitioners’ welfare to avoid further crippling of the health delivery system and avoid loss of life.

Henry Madzorera, the MDC National Secretary for Health, said yesterday the ongoing medical doctors’ strike is a serious indictment on the government, it is a clear sign of failure, cluelessness and lack of care.

“It is the role of the government of the day to provide social services to the citizens but sadly the government is failing to provide even the most basic of all,” the former Health minister during the GNU said.

He said Section 76 (1) gives every Zimbabwean the right to basic health care services including reproductive health in contrast to what has been happening at State health institutions in the past two weeks and even beyond.

“Patients are dying unattended at the country’s major hospitals, while junior doctors are yet in another episode of downing their tools. The state of affairs at hospitals is depressing, especially at the casualty section where patients especially ones involved in accidents who bleed, while their relatives watch helplessly.

“The responsible ministers should deal with the concerns of the doctors to ensure they return to work immediately,” Madzorera said.

He said while a recurrent cholera outbreak is spreading like a fire, “we cannot afford a doctors’ strike.”

“Curbing the effects of the pandemic solely relies on an effective public health system that is able to identify and isolate patients as quickly as possible; the strike is simply placing the health system in a more compromised, precarious position which further endangers the citizens,” he said, adding the “continuous development of the national social crisis is reflective of the centre that is no longer holding with the ruling party concentrating on petty factional fights while the real issues of the day are left without leadership to attend.”