Illegal money changers in Gweru and Kwekwe are hoarding scarce products from wholesalers and reselling them on the black market in US dollars. 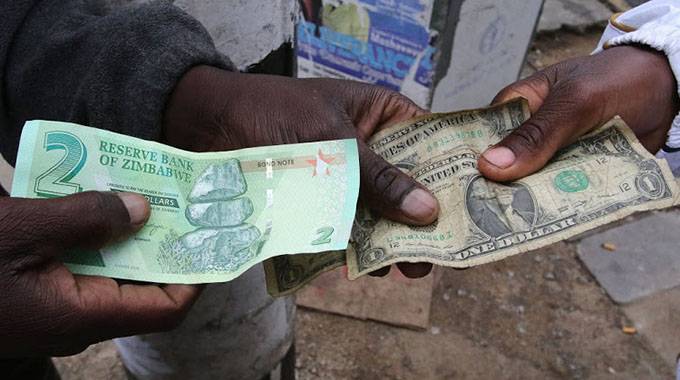 Government has of late intensified its campaign against illegal money changers who were destabilising the economy.

Dozens of illegal money changers in Gweru and Kwekwe were arrested under the operation and some of them have since appeared in court.

A snap survey by The Herald yesterday established that illegal money changers who used to frequent and occupy various spots on the streets have since deserted the streets, but were still mopping up scarce US dollar through selling some products which are in short supply.

“We don’t have to carry huge sums of bond notes which made us easy targets,” said one of the illegal money changers who spoke on condition of anonymity. “We just go to wholesalers and buy fast moving products, especially those products which are in short supply and then sell them in US dollars.”

Zuma riots: Zimbabweans in panic buying in anticipation of…

Another money changer said some of the fast moving products that were selling on the black market in large quantities include cement and other food stuffs and fizzy drinks. Mr Lameck Moyo, a supervisor at Metro Peach wholesalers group, said they were now demanding shop licences when selling some of the scarce products to avoid hoarding.

“There are people who have been coming to buy certain products in the shop obviously for some speculative reasons,” he said. “These days we have been limiting the quantities so as to allow every customer a chance to buy. We also demand that our clients, especially the new ones, produce shop licences.” The Herald

Gold dealers up for armed robbery