Government has cracked the whip on clueless Forbes Border Post officials for failing to find sustainable solutions to the congestion characterising the port of entry, resulting in long queues of trucks awaiting clearance stretching 15 kilometres into Mozambique. 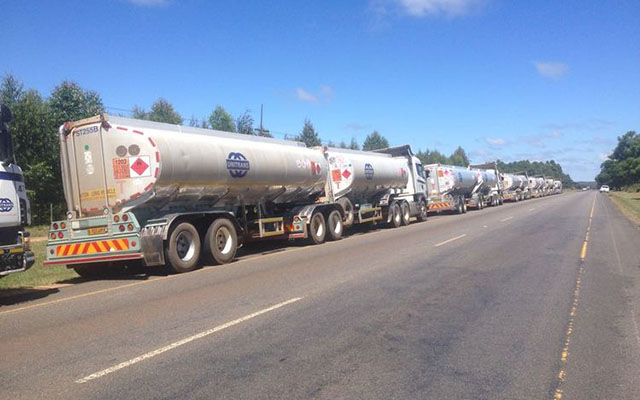 The situation has worsened in the last three weeks, with truckers, some of whom have spent more than three days at the border, complaining that Zimbabwe Revenue Authority (Zimra) officials were taking their time to clear goods.

Minister of State for Manicaland Provincial Affairs Dr Ellen Gwaradzimba and members of the Joint Operations Command (JOC) on Monday made an impromptu visit to the port of entry to establish how bad the situation was and come up with solutions to the problem.

Dr Gwaradzimba blamed the situation on the failure by border officials to come up with stopgap measures of easing congestion.

“If you find what is happening here normal, where trucks stretch 15 kilometres into Mozambique and you are not moved by that, then there is something wrong with you. Already, there are calls from everywhere to say what is happening in Manicaland? Those who see it happening think we are not doing anything, yet the problem here is nothing we cannot solve ourselves, especially now when we are advocating for ease of doing business.

“We are saying Zimbabwe is open for business and whoever sees this congestion and chaos at the border post will not agree that we are serious about what we are saying.”

Zimra enforcement manager Mr Clifford Chamboko claimed the congestion was being caused by clearing agents who were not pre-clearing trucks before they arrived at the border post, but decided to do so while they waited in the queue. He said the agents were not willing to put in extra hours to make sure they cleared as many trucks as they could per day.

He called for the streamlining of processes to allow trucks to pass through the border and wait for clearance at a holding bay.
Dr Gwaradzimba said all stakeholders already had solutions to the challenges and urged them to discuss ways of making them work.

“You are not coordinating,” she said. “You don’t sit down to say we now have a challenge, how do we quickly overcome it? You are throwing blame at each other, but have you tried sitting down to come up with a quick solution to this?

“In this new dispensation, if we are not going to change the way we do business, we will get nowhere.
“If people are not coming to work on time, no one cares if the system works or not, it is business as usual, then I am not sure we are ready for change and embracing the new Zimbabwe that we all want to see.

“Before we even talk about expanding infrastructure, having trucks allowed into the holding bay while they wait for clearance will ease the congestion here.”

Dr Gwaradzimba called for a new business ethic from officials where operating hours were determined by the situation on the ground.

She said the committee would visit the border post again today to see if the situation had improved.
“When we come back on Wednesday, we want to see all these trucks cleared from here and sent to the Dry Port, which is not being fully utilised,” said Dr Gwaradzimba.

“Clearing agents should start work by 5am and those who have pre-cleared their goods given priority so that they get benefits.

“Those who do not want to pre-clear should be fined or something.
“Make it a condition that people should utilise the pre-clearance facility before they come so that we ease our way of doing business.” The Herald