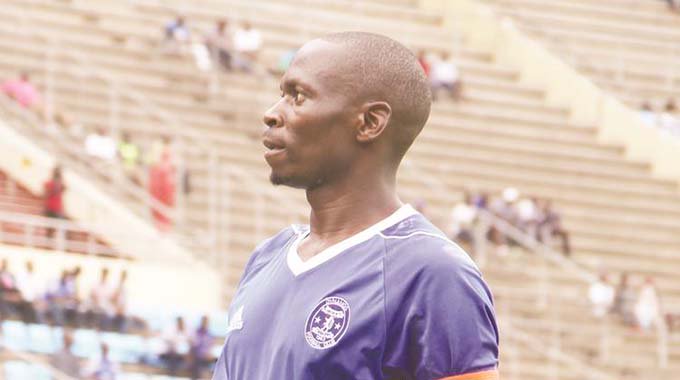 Dynamos skipper Ocean Mushure is a huge doubt ahead of Sunday’s Chibuku Super Cup quarter-final clash against Herentals at Rufaro.

Mushure’s absence may come as a blow to the new technical team that has been keen for a quick turnaround of fortunes after inheriting a side that is currently low on confidence and fighting to survive relegation.

Chigowe began his tenure on a losing note last week when they went down 2-0 to FC Platinum.

DeMbare are desperate to fight in the Chibuku Cup where they beat Bulawayo Chiefs 1-0 two weeks ago.

But their skipper, who missed the side’s three league games last month because of another family bereavement, may not be part of the action.

Mushure has also struggled to replicate the kind of form that saw him inspire the Warriors to the 2017 COSAFA Cup success and finish a close runner up to Rodwell Chinyengetere in the Castle Soccer Star of the Year awards.

There are also genuine fears within DeMbare circles that their captain is sliding into the club’s new bad boy.

Forwards Brett Amidu and Cleopas Kapupurika are also not likely to be involved after picking up knocks in last week’s away trip at FC Platinum.

But Chigowe is not worried much about the unavailable players as he is pinning his hopes on the return of the trio of Obey Mwerahari, Emmanuel Mandiranga and Valentine Kadonzvo from injury.

“I believe in terms of wingers we have got them plenty and the return of our centre backs from injury, three of them, gives us depth in defence. Goal scoring has been our Achilles Heel.

“I think that’s were we are working on. Otherwise the absence of those other guys will give them a chance to recover and we will give the others a chance,” said Chigowe.

DeMbare need the Chibuku Super Cup to boost morale which has hit rock bottom in their house.

But their main worry has been the lack of goals. The Harare giants have scored only one goal in their last six competitive matches.

“Naturally we expect a good result and be able to lay a good foundation for our fight in the last six games of the season.

“It’s critical in the sense that you need to raise the morale of the boys and to bring back self-belief. Every game that you play should get a positive result then it gives a good impact on the boys’ mentality.”

“Actually we have worked a lot on our finishing. The whole of this week, it has been our theme of the training session. So we hope it carries on into the match day,” said Chigowe.

The Glamour Boys have not won the tournament since it was re-launched four years ago. They crashed out in the first round last year but their best performance was when they reached the final and lost to Harare City in 2015.