Media personality Bonang Matheba caused panic among security personnel after her court appearance when she tried to avoid the media awaiting her outside. 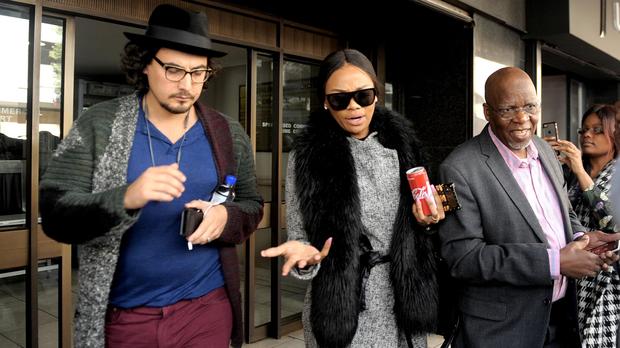 Several Joburg Commercial Crimes Court security guards, who spoke to The Star on condition of anonymity, said they had to search the building’s bathrooms for Matheba after she failed to emerge.

This was after the intervention by Phindi Mjonondwane, Gauteng spokesperson for the National Prosecuting Authority (NPA), who stressed that Matheba should use the front entrance like all persons on trial.

One officer said Matheba had wanted to evade the media by leaving through the basement, but this was thwarted after the NPA’s intervention.

Matheba eventually made her way out long after her case had been adjourned, but refused to comment on why she wanted to dodge the media.

Dressed to the nines in a coat and with a black shawl-feather boa thrown over her shoulders, Matheba arrived early at court to seemingly avoid cameras.

She is facing charges of alleged tax evasion.

Mjonondwane said Matheba was charged with a combined 15 counts of contravening the country’s tax laws; 11 of the charges are for alleged personal non-compliance for the years 2008 to 2017, and four are for outstanding bills for her company in the reporting period 2014 to 2017.

Her public relations team as well as her father, Gampie, were there to support her.

“With the NPA registering such matters; it is just to promote compliance – to say to South African citizens, everybody has a responsibility to pay their dues.

“No one is above the law; each and every citizen in South Africa will be treated equally,” Mjonondwane said.

The case was postponed to next month for Matheba’s lawyer, Charl Coetzee, to make representations to the court. The Star