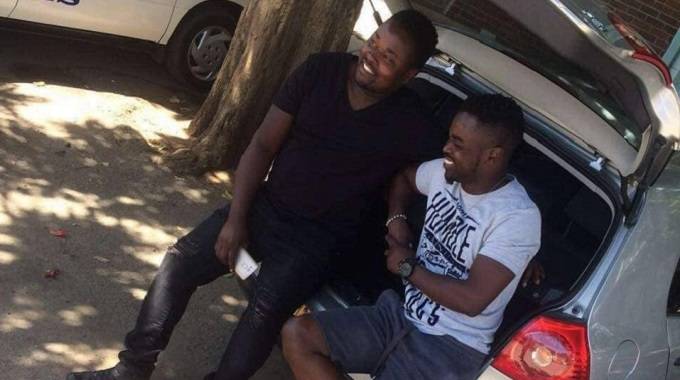 Two brothers from Bulawayo’s Nketa 6 suburb who were popular illegal money changers (osiphatheleni) and taxi operators died yesterday after being involved in a head-on road accident near Gweru.

Wellington Moyo and his brother Brighton crashed 10KM after Shangani along the Bulawayo-Gweru Road.

The two were in a Toyota Camry that crashed head-on with a car that was travelling towards Gweru.

Midlands police spokesperson Inspector Ethel Mukwende yesterday said she had not received details about the accident.

Two arrested for fraud in connection with Alph Lukau’s…

He said the tragedy occurred as the siblings were coming from collecting his gold in Kadoma.

“They died today in the morning on their way to Bulawayo. The accident happened about 10KM after Shangani towards Gweru. The accident was very bad. They died on the spot after colliding head-on with another car,” said Mr Gomez.

He described the accident that claimed the two as very horrific and said he was saddened by the accident as he was the one who had assigned them to Kadoma.

“Brighton is the first person I ever employed. I’m the one who had assigned them, they were my drivers. I’m a gold dealer, I’m an agent for Fidelity and my company is Consha Enterprises. They were coming from collecting my gold. Everything was recovered,” he said.

Mr Gomez said the Moyo brothers were no longer in the money changing business.

“They used to be that (osiphatheleni) long ago. That is how I met them. They owned taxis and they used to pick me up, that is how we met.

I think their money changing business collapsed in 2008. After that they decided to open some taxi business and that is what they have been doing from 2008 up to date,” said Mr Gomez.

He said he could not disclose further details about the accident saying further information should be gathered from their family.

A comment could not be obtained from their relatives.

However, social media was awash with messages about the tragedy yesterday.

One of their friends who declined to be named said the accident occurred when they tried to overtake a truck.

“I don’t have the finer details. We are getting many stories but we are told there were casualties from both vehicles, that’s how bad the accident was,” he said. The Chronicle.

Two arrested for fraud in connection with Alph Lukau’s coffin…