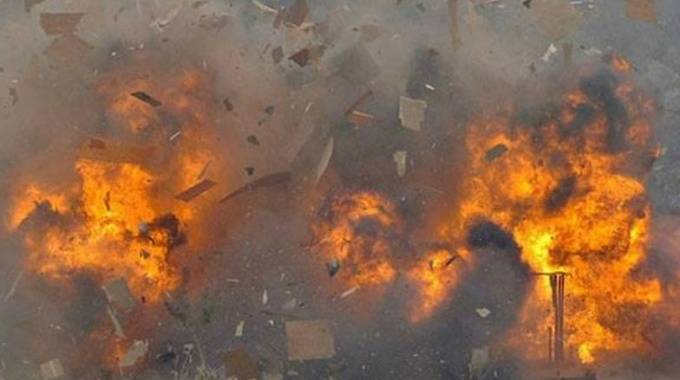 There was a massive explosion at Gweru Rural Police Station in Gweru’s central business district which uprooted a tree and partially destroyed the charge office’s ceiling leaving debris scattered in the premises and on the tarmac close by.

The incident occurred at around 2PM near the station’s entrance, sending police officers into a panic mode.

Business temporarily came to halt in the CBD as residents, business people and shop attendants after feeling the impact, which shook buildings close to the police station, scurried for cover not knowing what was happening.

After realising there would be no second explosion, residents and police officers jostled to take a glimpse of the scene. They took pictures of the tree that had been uprooted by the explosive.

There was a choking scent in the air.

Police immediately roped in military engineers to establish the source of the explosion.

Acting Midlands Police Spokesperson, Assistant Inspector Ethel Mukwende confirmed the matter but said she did not have the details since she was in Kwekwe on police business.

“There was an explosion at Gweru Rural Police Station yes but I’m not the right person to talk to,” she said.

However, a police source alleged that a bomb exploded at the station.

“It exploded around 2PM when we just heard a loud bag and the charge office shook. The next thing there was dust all over with ceiling fragments falling all over,” said the police source on condition of anonymity. The Chronicle.

Denzel out of Caps match