Zimbabwe’s local authorities which are owed over $2 billion are now desperately discounting their ratepayers in a bid to recover some of the money. 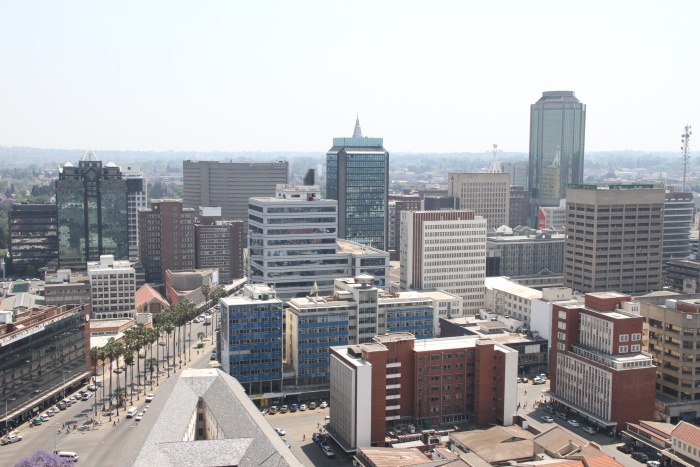 Since the beginning of the year, most councils have been offering between 30 and 50 percent discounts to residents who are their biggest debtors.

As a Zanu PF campaign tool towards the 2013 harmonised elections then Local Government minister Ignatius Chombo wrote off water and utility debts for ratepayers.

The cancellation of debts resulted in several local authorities losing a lot of revenue which resulted in the worsening of service delivery.

Since then all councils have not yet managed to recover from the write-off since their own debts to their creditors were not covered under the debt scrapping.

The latest local authority to jump on the discounts bandwagon is Chitungwiza Municipality which began offering 30 percent discounts last week.

According to their council spokesperson Lovemore Meya the discounts are for residents with balances of $150 and below as of August 31, with the promotion running until November 30.

In March, Ruwa Local Board embarked on a 30 to 50 percent discount regime on all the money they are owed.

According to the Board if a customer paid 70 percent of their arrears, the board would write-off the remaining 30 percent instantly.

Ruwa Local Board also stated that for all those who did not have arrears and were current with their bills, the local authority would offer them 50 percent discounted bill for the next three months.

Despite giving a discount, according to the finance directors’ forum Ruwa is among the few local authorities with a high revenue collection rate of nearly 80 percent.

In April Harare City Council which is owed over $750 million gave a 30 percent discount to ratepayers arguing that the incentive was meant to recover some of the money owed to the local authority.

Only recently they started giving another discount of 50 percent which residents, however, are arguing is not being implemented despite full payment of the debt.

In May, Kadoma City Council (KCC) started offering discounts of between 30 and 40 percent to its residents who clear their debts.

KCC which is owed more than $33 million by its ratepayers resolved last year to engage debt collectors to recover the money.

Discounts Kadoma had earlier offered of up to 40 percent being offered by the city did not yield any results as some residents still failed to clear their debts.

Municipality of Chinhoyi in June resolved during a full council meeting to start awarding 30 percent discounts as an incentive for residents to pay.

“The incentive is meant to encourage clearance of utility bills by all residents and corporates.

“For every dollar paid, the customer will be credited with dollar plus thirty cents incentive,” Chinhoyi town clerk Maxwell Kaitano said.

Zimbabwe Local Government Association president Bernard Manyenyeni is on record arguing that while local authorities have a mandate to provide services, ratepayers also have to pay.

He said the only problem comes when residents pay for the services that are not delivered to them by the councils.
“Services such as water and refuse do not come for free.

“Water needs to be treated first before it goes to the ratepayers. With such services come responsibilities which unfortunately the ratepayers have to take upon themselves,” Manyenyeni said.

According to a report by the We Pay You Deliver Consortium, the biggest deterrent to financial viability in local authorities remains debtors.

In a report by the Consortium Harare, Bulawayo, Masvingo, Gweru and Mutare are owed more than $1 billion.

The Consortium argues that unless councils stopped providing services to and billing premises and businesses that had closed, it would continue costing the local authorities for wasted resources.

Local authorities need to introspect and understand major debtors. For instance, there is no economic reason in continuing billing businesses or premises that have since closed.”

“The ability of a local authority to provide services depends on the revenue it collects. This is the basic fundamental fact that residents, business and government need to appreciate.

“A debt clearance strategy should therefore be pursued by local authorities. It remains the duty of Residents Associations or Civil Society Organisations to inculcate a sense of responsibility in citizens so that they honour their obligations to local authorities,” read part of the Consortiums report. Daily News.

In Zimbabwe commissions of inquiry will always fail