Marlone Rufaro Chipudhla (pictured below) from Mzilikazi suburb in Bulawayo always suspected his wife Elodia Chipudhla of being a serial cheater until he got proof he couldn’t ignore. 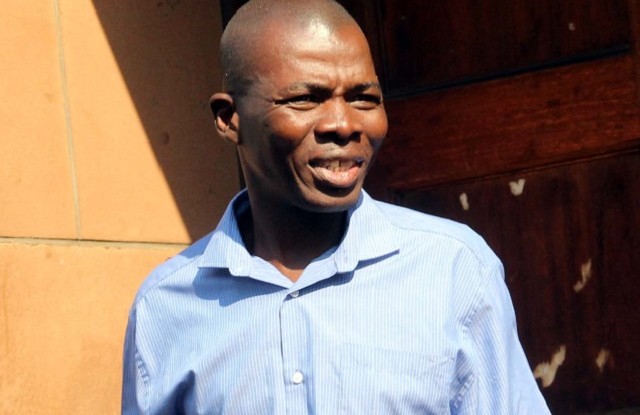 This was after he discovered that his wife had another phone she used secretly to communicate with her alleged lovers and kept it in the garden whenever she got home from work.

There, on the cellphone, were “steamy” love messages which she was exchanging with her boyfriends.

Marlone claimed his “unrepentant” wife cheated on him with more than four men who didn’t know she was married.

He said when he confronted his wife, at first she said it was people from work and Marlone, with the rage of a broken heart, confronted two of the alleged “workmates” only identified as Mlamuli and Samora who admitted to dating Elodia.

“The only problem I have with my wife is that she was cheating on me and at times we fought because of her infidelity. I caught her on several occasions with other men. One of them is Mlamuli and another old man Samora who both confessed were in love with her and that she lied to them that she was not married.

“She has since deserted our matrimonial home and is staying alone. I am suspecting Mlamuli is the one who is paying her rentals,” said Marlone who is a security guard with a local security company.

He added: “I once caught her outside her workplace at night with Mlamuli and the other day when I went to her workplace I found her being caressed by her two male workmates — Knox and Admire. What also pains me is that she no longer wears her wedding ring and when I asked her she said it fell down the drain.”

Marlone exposed his wife’s philandering antics after she approached the court seeking a protection order against him saying he was physically and emotionally abusing her.

“I am married to Marlone Rufaro Chipudhla under the Marriages Act Chapter 5:11 and the marriage still subsists. He is violent and has beaten me on several occasions, the latest being on 28 July when he was accusing me of having extra-marital affairs. Each time he makes those accusations (infidelity) he beats me up,” said Elodia.

She said she used to love her husband but now all the love was gone because of his violent behaviour.

“My love for him is dead and that is not a sin. I am no longer interested in the marriage and I want to stay alone,” she said.

Marlone, however, insisted that he still loved his wife and it broke his heart to see her going out with other married men.

“I love my wife and I can’t leave her to be abused by other married men. She should know that those men don’t really love her but they are just using her. Just imagine we have three children together and it’s difficult for us to dissolve our marriage,” he pleaded.

Since it was a matter of a protection order, the presiding magistrate Tinashe Tashaya ordered Marlone not to verbally, emotionally and physically abuse his wife. B-Metro