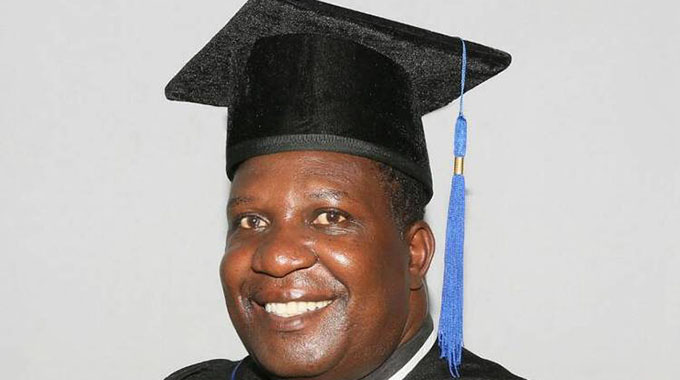 Timmy would have wanted Bhonzo to be at the party. He wanted people to revisit their good old days on television when they became popular for their comic series.

But fate had its way and Bhonzo was laid to rest three days before the party. The party took place at Old Hararians Sports Club and many notable faces graced the event. Businessman Nigel Chanakira was guest of honour.

Despite many facets that punctuated the party, it was Timmy’s life story that inspired many.

It is an inspirational story about how the man never imagined he would one day celebrate such an achievement with renowned businessmen in the country.

Starting his post-high school life as a gardener at Zimbabwe Broadcasting Corporation in 1988, Timmy was only worried about getting five O’Level passes and get a ‘decent’ job that would take him from the garden.

He had passed three subjects and was planning to rewrite three to reach the required minimum five passes for better jobs.

“I did my ordinary level studies at Glen Norah 1 High School in 1987 and I only passed Shona, English and Agriculture. I got a job as a gardener at ZBC and I was glad that I would earn something. It was not a job that I had dreamt of as I was growing up, but I had to do it because I had failed at school,” Timmy said in an interview yesterday.

“I knew I was supposed to move out of the garden and I had to rewrite Commerce, Geography and Science. I passed and I was happy because I knew I would get a better job.

“I was happy when I was promoted from being a gardener to a tea boy. It meant I would now work under a roof. I also doubled as a messenger and I felt honoured to be sent around by our bosses. I had access to their offices and I felt important. I have experience in opening doors using an elbow while holding a tray,” Timmy said comically.

Timmy served tea to people like Musi Khumalo, Busi Chindove, John Masuka and Shingirai Tungwarara that were his bosses.

Because Timmy’s access to bosses and growing familiarity with some processes at the broadcaster, someone facilitated his movement to the library where he became assistant music compiler for then Radio 3 (now Power FM) around 1990.

It was around that time that he also started doing part-time comedy with Bhonzo.

“I would go to work early in the morning and do recordings of our comic shows. We did it early because we did not want the part-time passion to interfere with work schedule. Mudhara Bhonzo had discovered my talent when I used to crack jokes aboard the company bus on our way to work. We began with five-minute radio shows. The shows became television skits after we had done our jokes at a function that had top ZBC managers and they enjoyed the show. They recommended that we do it for television and its popularity grew. Still we had to find time off my library schedule to do the shootings.”

In 1993 Timmy decided to sharpen his archiving knowledge and enrolled for a certificate in library and information science with Harare Polytechnic College. He studied at the college until attaining a higher national diploma in library management.

“I started bringing new ideas to our library and people embraced my knowledge. In 2000 I did a document that proposed centralisation of all ZBC libraries. The document was approved and all station libraries were merged into one entity. I was appointed manager of archives and library services to oversee the new structure.”

In the same year, he started studying for a degree in media studies with Zimbabwe Open University. In 2003 Timmy left ZBC and joined Mutomba Supermarkets as marketing manager.

He graduated with his media studies degree a year later and he was instrumental in the rebranding of Mutomba to Shoppa Stoppa Supermaket.

In 2005 he joined the National Social Security Authority (NSSA) as liaison officer and he worked for two years before relocating to Botswana.

“In Botswana I had a stint with a journalism college as a lecturer and then joined Cover link Insurance Brokers as an insurance agent. I worked in that country for five years and when my permit expired I decided to come back home.”

Timmy said he also did a number of courses in various disciplines that are related to insurance which enhanced his experience.

“All these years I have never stopped sharpening my academic skills. I am happy that I am now an MBA holder and soon I will be going for a doctorate. I laugh at myself when I remember how happy I was to be promoted from the garden to the kitchen at ZBC. I did not think I would come this far. Young people should not give up in face of failure. Just keep working hard towards your goals. The goals will become bigger every time you go a step higher.” The Herald