Promising young Zimbabwean sprinter Kundai Maguranyanga has settled down quickly at his new base at Drake University in the United States where he recently clocked the college’s fastest time in the 200 metres event since 1981. 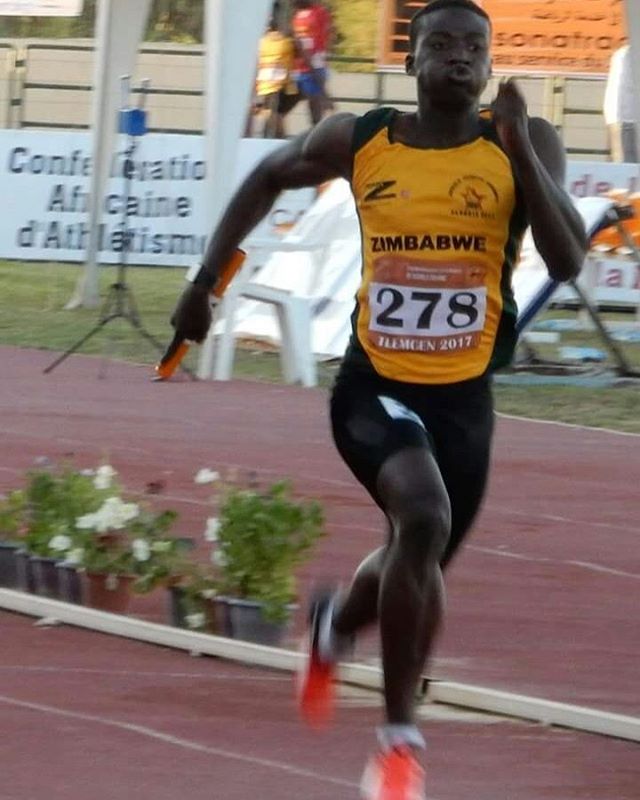 Maguranyanga (19), who won himself a four-year athletics scholarship in January this year, is already a hit at the Iowa-based college after helping its track and field team to 22 top-10 finishes at the Arkansas Spring Invitational on March 24.

According to reports from Arkansas, Maguranyanga ran a time of 21.08 seconds to win the 200 metres event and his time was the fastest from a Bulldog since 1981 and ranks fourth all-time in school history.

Interestingly, Maguranyanga, who was born in Harare’s high-density suburb of Glen Norah, is under the guidance of fellow Zimbabwean Ngonidzashe Makusha at Drake University.

Makusha, a bronze medallist for Zimbabwe in the men’s long jump at the 2011 IAAF World Athletics Championships in Daegu, South Korea, is now an assistant coach for sprints, hurdles and jumps at Drake University.

Makusha told The Herald from Iowa yesterday that Maguranyanga’s exploits on the track have caught everyone at Drake University by surprise.

“Kundai is settling down well at Drake University. He started his scholarship in January this year and had his first competition at the Missouri Valley Conference at the end of February where he scored a point for the team in the Indoor 60-metre event, running it in 6.91 seconds which is huge for a freshman.

“He was racing against athletes who have been in college for three or four years who have a lot of experience but he did well in this event to clock a good time of 6.91 seconds and that was before he set the scene alight at the Arkansas Spring Invitational on March 24 where he clocked 21.08 in winning the 200 metres event and this made him an instant hit at the college.

“We are now focusing for a better outdoor season after a great season-opener at Arkansas. We will have our Conference Championship on May 10 and Kundai is already looking forward to posting another good time at this big event,” Makusha said.

Athletes at Drake are currently enjoying a two-week break from competition as they prepare for the Jim Duncan Invitational at Drake Stadium on April 13-14 which will then be followed by the Conference Championship on May 10.

And it’s no secret that all eyes at these two track and field meetings will be on Zimbabwean “wonderboy” Maguranyanga who is currently enjoying his place under the sun at Drake University.

Makusha snatched Maguranyanga from under the noses of other international athletics coaches after the young sprinter impressed on the track during last year’s African Junior Championships in the Algerian city of Tlemcen.

Maguranyanga attracted the attention of international scouts and trainers in Algeria when he first came second in the 200m event in a good time of 21.11 seconds.

He was then approached by a number of international scouts, including Erik Jenkins, the head coach of track and cross-country at Western Kentucky University in the United States. The Herald

Conor McGregor: UFC fighter bailed after being charged with assault by NYPD