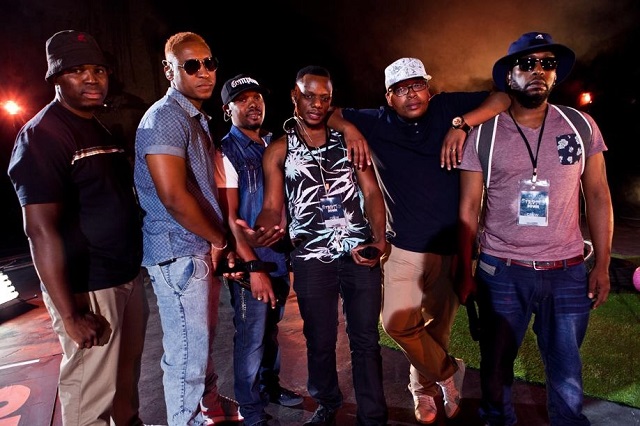 Legendary hip hop group Skwatta Kamp (pictured) is ready for lift-off!This after the group released a new single, There You Go, a tribute to their late member, Flabba.

The music outfit last released an album nine years ago.

And they are coming back stronger.

Speaking to SunBuzz, Shugasmakx said: “We needed to be in the right space to release the song after losing Flabba. We didn’t want it to seem forced and we were not just going to release for the sake of it.”

Asked about releasing now, he said it took them three years to reconnect musically and got back in studio.About dealing with Flabba’s passing, he said: “Everyday is a challenge, but we all heal differently. It’ll always be painful. Writing enables us to convey our feelings.”

Shugasmakx said that what is fulfilling to them is that even though the song was written for Flabba, it is more about what people get from it.

“Everyone relates to it in their own way and it will resonate with them. It is about finding healing in music,” he said.

The rapper added that Skwatta Kamp will be releasing more music.

And from the upcoming album, five of their songs were produced by superstar producer, Sketchy Bongo who produced their new single.

“We’ve known Sketchy since 2007 and worked with him during our Umsindo days.

“We’ve also added some new sound. We’re trying to get the best music out and are inviting everyone from our old fans who have supported us through this journey and new ones who don’t know who we are.

“Let’s vibe together and continue from where we left off,” he said.