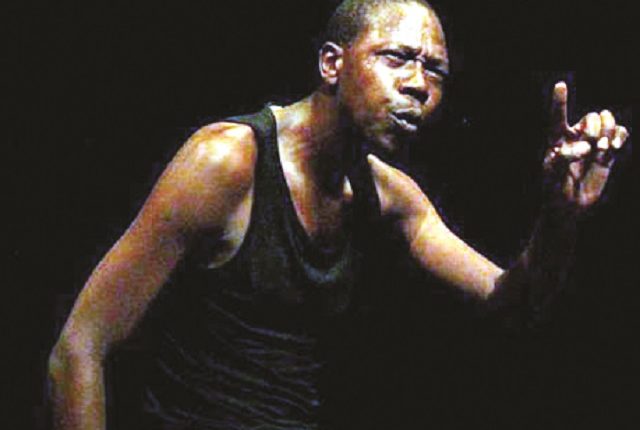 Throughout his acting career Bulawayo’s Aleck Zulu has been a victim of his own success. For example, after his convincing, spine chilling portrayal of Snake in the Amakhosi soapie, Amakorokoza, many were convinced that he was like the character he had so vividly brought to life. 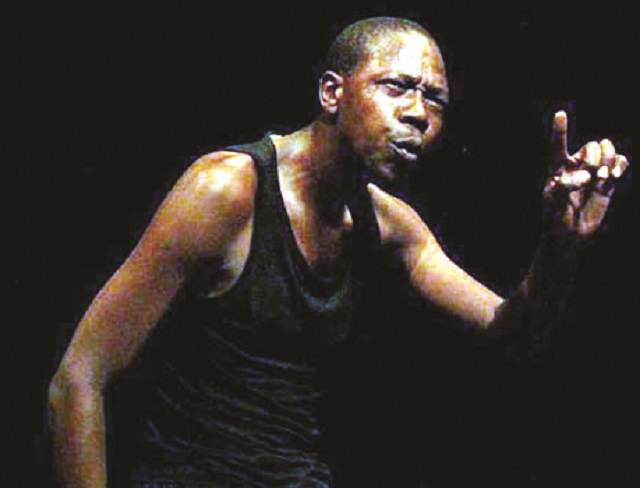 The portrayal of Snake was par for the course for Zulu, a man who had before that been etched into the minds of Zimbabwean viewers as Godogodo, a gangly trouble causer who wanted to drive a wedge between the beloved characters, Sakhamuzi and Folomani in Sinjalo.

For years before he became known as Snake to the general public, the lines between acting and real life had already been blurred for Zulu.

With such an ability to pull off stirring roles, it was no wonder the public began to see the tall and wiry Zulu as the villains that he portrayed in theatre and TV productions.

Police called in as amakorokoza refuse to vacate Sabi Gold…

However, this was to present problems later for Zulu. When he again pulled off the character of thieving Stanley in the TV drama show Sister Theresa, Zulu, a Catholic, had fingers pointed at him by congregants who felt that he had played the role of a criminal a little too well. Send a thief to catch a thief, the saying goes. In Zulu’s case, congregants felt that the producers had cast a thief to play one.

“My most memorable role so far has to be a TV drama called Sister Theresa. The production was about a Catholic nun who had money stolen from her by a crook in the City of Kings,” Zulu revealed in an interview with Sunday Life this week.

“What I found interesting about that play was that I’m a Catholic as well so it was very relevant. So realistic was my portrayal of the thief that people that I had actually done the crime.

“What people didn’t know was that the production was actually based on a true story. A nun had actually been the victim of theft and so whenever I was in church people would accuse me of being a thief. They didn’t seem to understand that I was only playing a role,” he said.

According to Zulu, this is something that he has gotten used to over the years, as people find it hard to tell his real life to the one on stage or TV.

“People think that I’m a gangster. Sometimes people ask if I ever smile at all and I brush them off and tell them that I’m only portraying a role,” he said.

There is no smoke without fire, the saying goes, and some have been beginning to wonder if Zulu had been able to pull of such roles because he also moved in criminal circles.

According to him however, there is a simple explanation for why he had always managed to portray members of the criminal underworld with such realistic aplomb.

“The reason I’ve been able to pull off such realistic portrayals of gangsters is because I do my research. The problem with other actors is that they don’t research. As someone who stays ekasi, there are character traits that we see and learn about and we incorporate them into our portrayals on TV,” he said.

This was a point that Raisedon Baya, the celebrated playwright whose pen has come up with so many of the characters that Zulu has brought to life, agreed with.

“His greatest asset is his commitment to his art. Once he gets into something he gives 100 percent. He does his own research about characters that he is playing and what people don’t realise is that most of the mannerisms of the characters adopts are drawn from the people that he meets in life,” said Baya.

In the past however, Zulu has also not covered himself in glory with his behaviour off the stage. At the end of 2016, was accused of stabbing his wife before she withdrew the case later on. Is he the villain that he portrays on TV, some would have wondered?

“That incident happened and it’s in the past. People will always say what they want to say. A lot of the stereotypes about me come down to the characters that I portray on stage and on screen. However, I take on other roles that people may not be aware of. For example in an upcoming play I portray a pastor,” said Zulu.

According to Baya, Zulu has shown maturity in recent times.

“He’s one person who’s growing up and that’s the reason that he’s now working with younger actors and imparting the knowledge that he has accumulated down the years,” said Baya.

Although he has been working mostly behind the scenes in the last few years, Zulu was still smitten with theatre and did not see himself falling out of love with it soon.

“I’m an actor by profession and all that I’m saying is that people should give me acting jobs. Recently I have recently been concentrating more on the technical side of things. That’s where I have been doing the most work.

“As we speak I’m working on a stage play based on the set book by Styx Mhlanga called Ngeke Balunge. There are a lot of young actors around and so I’m the most senior there. I cherish imparting younger actors with knowledge of the theatre and the arts,” he said. Sunday News

Police called in as amakorokoza refuse to vacate Sabi Gold Mine