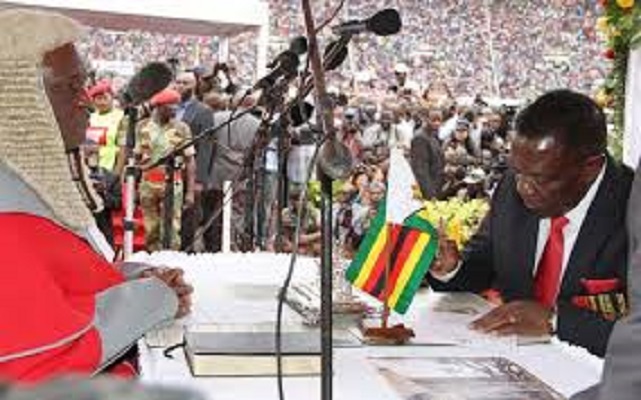 President Emmerson Mnangagwa has failed to formally approve legislation giving the Zimbabwe Land Commission (ZLC) power to be responsible for the allocation of rights in State land for agricultural purposes and the registration of such rights.

In October last year, Danisile Sibanda Hikwa was appointed as the secretary for the ZLC.

The Commission is mandated with conducting periodic audits of the agricultural land, investigate and determine complaints and disputes regarding supervision, administration, allocation of agricultural land and make recommendations to the government, among other things.

After several months of haggling in Parliament to breathe legal life into the ZLC, the Land Commission Bill was submitted to the president for assent and gazetting after the National Assembly ignored amendments proposed by the Senate.

Speaker of the National Assembly Jacob Mudenda gave notice early last month announcing that the Bill had been transmitted to the president for his assent and signature.

The bill was sent to Mnangagwa on January 11, who is yet to sign it into law almost two months later.

While the Bill was first passed by the National Assembly in January last year, it suffered a series of setbacks after Senator Chief Mtshane proposed that it be tweaked to give chiefs authority over agricultural land.

On March 29, 2017, the Senate gave the thumbs up to the proposed amendments, which could not pass the legal lenses of the Parliamentary Legal Committee (PLC), under acting chair Fortune Chasi.

In spite of the PLC’s adverse report, the Senate had proceeded to pass the Bill, nonetheless.

This then led to a hiatus after the National Assembly rejected the amendments passed by the upper House.

Faced with that tricky scenario, David Marapira — the Member of Parliament for Masvingo North — moved a motion to get things moving before the adjournment of Parliament last year.

Marapira who doubles up as Agriculture deputy minister said pursuant to the disagreement between the two Houses, it was crucial that the Bill be presented to Mnangagwa for assent and signature in the form in which it was passed by the National Assembly on January 26, 2017.

“Since the Bill is very urgent for the operationalisation of the Land Committee, I urge members to, as a matter of urgency, resolve that the Bill be sent to His Excellency the president for assent and signature,” said Marapira.

The motion sailed through in the National Assembly.

In terms of the national charter, the National Assembly is allowed to override the Senate when the two Houses cannot reach agreement on a Bill.

Under the fifth schedule, paragraph 6(3) of the Constitution, the national charter imposes a waiting period before the National Assembly could go ahead and overrule the Senate.

The Bill paves way for the establishment of a Zimbabwe Land Commission in fulfilment of section 296 of the Constitution.

It gives power to the Land Commission to be responsible for the allocation of rights in State land for agricultural purposes and the registration of such rights.

It also empowers the commission with the creation and extinction of servitudes over State land, the settlement of persons on such land, the control of the subdivision and lease of land for farming or other purposes, and the limitation of the number and sizes of pieces of land that may be owned by any individual.

The PLC had rejected the Bill arguing that its attempts to give chiefs authority over agricultural land were ultra-vires the Constitution.

It argued that the chief’s jurisdiction remains confined to communal lands.

“Having considered…provisions of the Constitution, the (PLC) committee was of opinion that the amendments proposed to the Land Commission Bill were ultra vires the Constitution,” Chasi said in the adverse report.

“The roles of the Land Commission are patently clear as are the roles of traditional leaders and the two are not expected to interact.

The adverse report was explained to the Senate on April 4, and Senator Chiefs expressed their disagreement with it.

Senator Chief Charumbira had argued then that the whole basis on which the PLC relied on in making the adverse report was not “quite correct.”

“To say traditional leaders are only in charge of communal land in terms of the Constitution, that is not correct,” argued Charumbira.

“We are saying if you go to the same Constitution, Section 282 (2) is very clear. It says, ‘traditional leaders will be in charge of communal land including any other land which has been given to them.’

“That law is there and it is called Traditional Leaders Act; it is already there.” Daily News