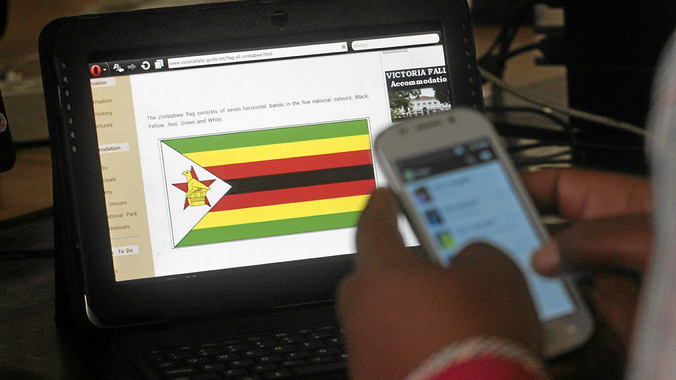 Econet Wireless Zimbabwe, whose millions of customers were affected by a data blackout last Tuesday, has leaped to Liquid Telecoms’ defence, saying its bandwidth wholesaler did everything it could to mitigate the situation and was the first to restore services through its own cables.

This comes as Information, Communication, Technology and Cyber Security minister Supa Mandiwanzira was quoted in the local media as saying government would investigate Liquid for allegedly not having adequate back-up systems, which resulted in the Internet blackout.

But while refusing to directly comment on the minister’s allegations, an Econet spokesperson  yesterday said its main bandwidth supplier (Liquid) had done everything possible in the circumstances to deal with a very unusual situation.

“For the record, what happened last week was regrettably the result of a set of unusual and unrelated incidences that no one could have reasonably anticipated. The facts are that Liquid Telecoms cables were

“The moment Liquid became aware of the breakage, it immediately diverted its Zimbabwe-bound traffic to a South African government-owned cable which, unfortunately, was subsequently cut by a tractor in a random and unrelated incident.

“Liquid Telecom tried to re-route traffic via a Beira cable coming through Mutare, but this was unsuccessful because that particular cable (controlled by TelOne) had also been damaged in yet another unrelated incident.

This meant that besides its own cable, Liquid’s two fall-back alternative routes where down on the same day, at the same time that its own cable was down.

“Liquid Telecom,  was however, the first to restore services through its own cables” said the spokesperson.

He said the data blackout did not just affect Zimbabwe, but the entire region. “The cable that had been damaged earlier in South Africa, also affected traffic in the northern parts of South Africa, the whole of

Zimbabwe, Zambia and the southern parts of the Democratic Republic of Congo (DRC).”

The spokesperson went on to say that besides trying to re-route traffic through the South African government cable and the TelOne Beira cable, Liquid also tried to divert traffic via its cable from Tanzania through Zambia, but this was a much more complex and complicated solution, which could have been put in motion only if the problem through the South African route had persisted. DailyNews