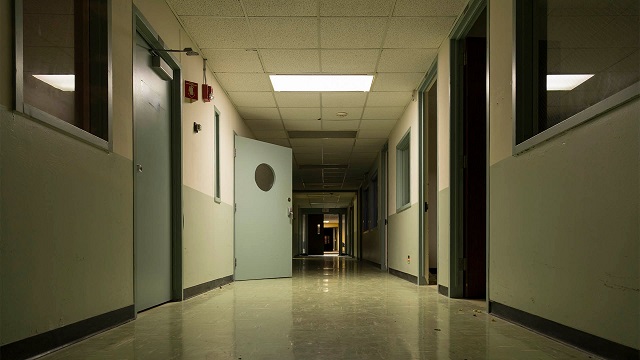 A MBERENGWA self-confessed “wizard” who claimed he can send hyenas and snakes to recover his clients’ debts and can assist criminals evade arrest, has been committed to Mlondolozi Mental Health Prison in Bulawayo.Sifelani Dube (27) of Gwarimba Village under Chief Chingoma in Mberengwa and his side kick Sorton Shumba (57) of number 424 Mataga Growth Point also in Mberengwa appeared before Zvishavane magistrate Mr Archie Wochiunga last week facing public nuisance and possessing articles for criminal use charges.

Two doctors who have already examined the duo concluded that Shumba was fit to stand trial while Dube was said to be suffering from hallucinations.

“Visual hallucinations with spiritual powers (perceived),” reads a report from one of the doctors who examined Dube.

Mr Wochiunga committed Dube to Mlondolozi Mental Prison and remanded Shumba out of custody to November 29 on free bail.

Durban man finds snake peering at him through car vent

Prophet caught with snakes…. they sleep with wife for…

“Accused one is committed to Mlondolozi Mental Health Prison for further mental examination by doctors. Accused two is remanded out of custody to November 29,” he said.

Prosecutor Mr Amos Ncube told the court that early this month, Dube and Shumba hatched a plan to defraud members of the public and invited a ZBCtv news crew to Gwarimba Village in Mberengwa where Dube publicly announced that he was a wizard who possessed hyenas, owls, baboons and snakes.

According to Mr Ncube, Dube said he could send the hyenas and snakes to recover his clients’ debts as well as assist criminals evade justice.

“The accused stated that they change into snakes and maggots come out of their bodies upon arrest and that they possess police uniforms and handcuffs which police officers surrendered to them while they tried to arrest them. The story was carried on the ZBCtv 8PM main news bulletin on October 15,” he said.

On October 17, Mr Ncube said the duo went live on ZBC National FM between 7PM and 8PM and continued making their false claims.

He said the accused persons further stated that they possess supernatural powers which they use to cause people’s sudden deaths and that they had some items they wanted to surrender which were in a satchel.

“On the same date, the information was reacted to leading to the arrest of the accused people. Upon arrest Dube had a black cloth on his head with a wild cat tail and some bones.

“On October 19, the accused’s respective houses were searched leading to the recovery of a police uniform, a pair of shoes and a drab cap. It was established that Dube does not possess any of the items that he alleged to be possessing,” said Mr Ncube.

He said Dube and Shumba told the police that they had hatched a plan to stage manage everything they were claiming for monetary gain. The Chronicle

Durban man finds snake peering at him through car vent

Prophet caught with snakes…. they sleep with wife for survival