An 18-year-old man from Bulawayo collapsed and died while playing video games on a computer with a friend at his home. 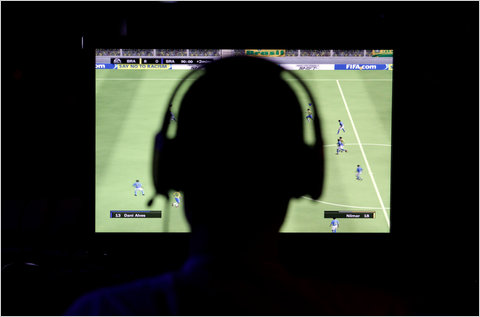 Babongile Ncube of Old Magwegwe, who relatives said did not suffer any known ailments, collapsed when he stood up from a computer desk and died on the spot.

The incident occurred at around 7 PM on Wednesday.

According to a post-mortem report, Ncube suffered cerebral oedema, a condition that affects the brain.

“ I can confirm a sudden death incident that occurred in one of Bulawayo’s suburbs. The deceased had played video games for some time with a friend. When he stood up to go outside, he collapsed and died,” she said.

Mr Alfred Ndlovu, uncle to the deceased expressed shock saying he was at a loss for words.

“Ncube greeted me upon my arrival about two minutes before his death. He sat in front of a computer in the lounge playing video games with his friend.

They played games most of the times and I am just wondering what could have happened in that game.

“My nephew was not suffering from anything that I know of. To us he was a healthy boy. Even his friend said he had not complained or showed any kind of suffering. He said they had been playing games for some hours. They used to do that almost on a daily basis,” he said.

Mr Ndlovu said he was wondering if the fluids that the doctor said spilled into his brains had seeped through when he fell or if that had occurred over time.

“Maybe the computer affected him as he spent too much time on it. He did not trip or anything but just collapsed to the ground and was declared dead by doctors after I had called an ambulance,” he said.

A medical doctor who cannot be named for professional reasons said: “Cerebral Oedema results from an increase in brain fluid content and may be life-threatening. It is not a disease entity but a clinico-pathological state that is characterised by the increase in brain water content.” The Chronicle

Grace Mugabe hands herself over to police