Millions of Zimbabweans are likely going to fail to vote in next year’s elections, owing to the Zimbabwe Electoral Commission (Zec)’s demand for people to produce proof of residence to register to vote. 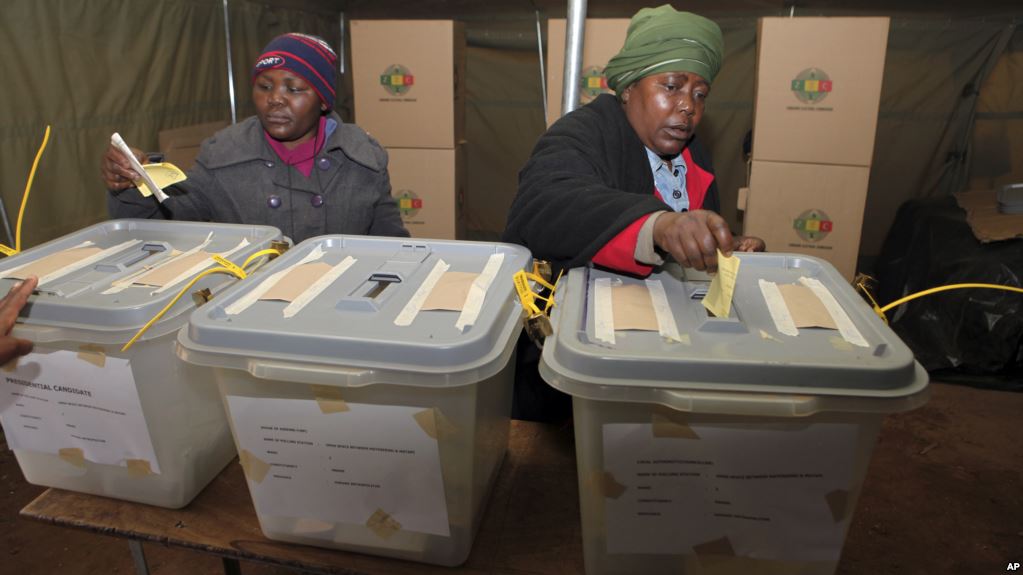 Many Zimbabweans are not landlords and over the years several unregistered suburbs have emerged around Harare, which might limit the number people capable of registering to vote owing to failure to produce a valid proof of residence.

This comes after Zec chairperson Rita Makarau told the State media over the weekend that voters will be required to produce physical proof of residence for them to register to vote, against a Zec draft voter registration Statutory Instrument circulated early this year, which only required voters to affirm their physical addresses to a registration officer before being registered on the voters’ roll.

Chiwenga has no power to direct ZEC to ban…

Opposition political parties have said Zec’s move will impede on people’s rights to vote in next year’s elections as provided for in terms of the Constitution of Zimbabwe.

The Welshman Ncube-led MDC spokesperson Kurauone Chihwayi said the move was meant to frustrate voters, considering that Zec had initially circulated to stakeholders a draft voter registration process that did not require people to physically produce their proof of residence.

“It’s an attempt by satanic forces to frustrate the landless and homeless citizens. The MDC is closely monitoring Zec’s behaviour and developments in their bedroom with Zanu PF. We will not allow anyone in the organisation to get away with murder.

“Zec should brace for a big fight over proof of residence. We shall give Zec a good run for their money if they continue with frustrating tactics. We are expecting the body to be non-partisan and transparent. The Zanu PF hand is very visible. They must open polling stations to citizens,” Chihwayi said.

There have also been major concerns over how this process will likely result in prospective voters taking longer to register to vote, considering the paperwork that is involved.

Other observers have said this is going to demoralise a large number of prospective voters, who might not have the power to go through the whole registration process.

Tendai Biti’s People’s Democratic Party (PDP) said Zec was blowing hot and cold at the same time, which has resulted in many people losing confidence in the electoral body’s capacity to oversee the voting process for a free and fair election in Zimbabwe.

“The zig-zag policy pronouncements by Zec are the ones that make people lose confidence in it.

“They should liaise with us political parties so that we agree on what is an acceptable form of proof. Many people are not landlords or they live in areas where the city council has not even given names to the streets, let alone addresses,” PDP spokesperson Jacob Mafume said.

In terms of the Constitution of Zimbabwe, every citizen above the age of 18 has a right to be registered to vote in all elections.

Previously, voters were required to provide proof of residence in the form of electricity bills or council utility bills or signed affidavits.

However, human rights activist Okay Machisa, who is the national director of the Zimbabwe Human Rights Association, said this is a tedious process that they have been demanding to be scrapped from the voter registration process.

He said such demands will disenfranchise a lot of prospective voters.

“What this means (of requiring proof of residence) is that Zec is bringing something that we have always voted against. It’s prescribed in the Constitution that everyone has a right to vote . . . this is why we are calling for electoral reforms to scrap these things that impede on our rights. We are calling them to scrap it because it is inconsistent with the law,” Machisa said.

He said people must be allowed to vote as long as they can affirm their places of residence during the voter registration process.

“Naturally, if a person has an identification card, that person must swear that he resides at such and such an address. Proof of residence is very difficult to get,” he said, adding that Zec must simplify the process to enable people to register and exercise their right to vote easily.

He said there is going to be a lot of unnecessary paperwork, where people will be asked to write affidavits to prove their places of residence, which will in turn create fraudulent activities, where people might turn to bogus commissioners of oaths just for them to register to vote. Daily News

Chiwenga has no power to direct ZEC to ban by-elections,’ – MDC Alliance