Freed Gadaffi son remains under guard for his protection 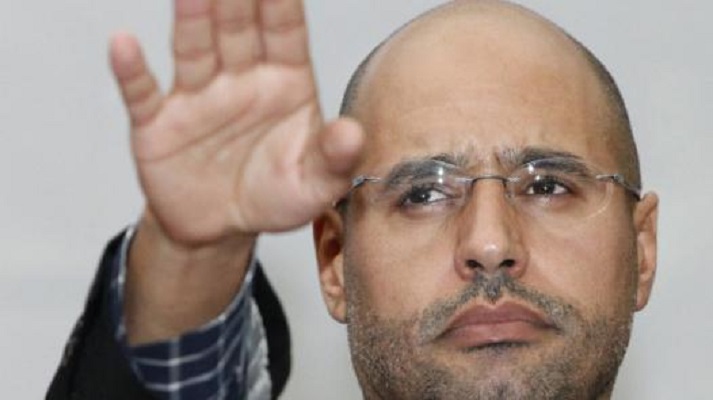 By Mel Frykberg | IOL |
According to Libya’s internationally recognised government, the Government of National Accord (GNA), Saif Al Islam Gaddafi, the son of the late Muammar Gaddafi, is now free despite a 2011 International Criminal Court (ICC) warrant for his arrest.

The ICC wants Gaddafi to be extradited to The Hague to face charges of murder. Following his father’s toppling and death in 2011, Gaddafi had been held under house arrest by one of Libya’s notorious militias vying for power in Zintan, a mountainous western region.

In July 2015, a court in the capital Tripoli sentenced him to death for war crimes which included allegations of killing protesters during the 2011 revolution.

However, a Zintani militia refused to hand him over, believing the authorities may have allowed him to escape.

Talking to the media office of the Abubakr Al Saddiq brigade which has guarded Gadaffi since it captured him in 2011, Eisa Alsaghir, from the justice ministry, confirmed that as far as his government was concerned, the former dictator’s son could go wherever he wanted, including abroad, like any other Libyan, the Libya Herald has reported.

“Saif is free under the terms of the general amnesty law issued by the House of Representatives (HoR) in July 2015,” he said.

However, according to reports, while Gaddafi is no longer under house arrest, he remains under guard in Zintan “for his own protection”.

Alsaghir’s comments, however, contradict a statement by Zintan’s military council last month which emphatically denied claims by ICC chief prosecutor Fatou Bensouda that he had been released.

Furthermore, should Gaddafi choose to travel abroad there is a high probability of him being arrested on the grounds of the ICC warrant.

Meanwhile, for the first time in approximately three years, Tripoli International Airport has fallen back under control of the internationally recognised government.

The Presidential Guard – the military force directly under the orders of the Presidency Council – is said to have taken it over from Tarhouna’s Kani militia.

A letter issued by Presidency Council head, Faiez Serraj, instructed the guard’s commander, Colonel Najmi Al Nakua, and the interior ministry to do all it could to secure and protect the ruined airport.

The takeover followed the Interior Ministry in the capital hosting a high-level ministerial meeting to calm tensions between fighters of the militias jockeying for power.

The Herald reported that the Kani militia had held the airport since April 17 when Misratan forces withdrew. They were warned to withdraw or face the military consequences.

Is this the world’s most expensive new car?