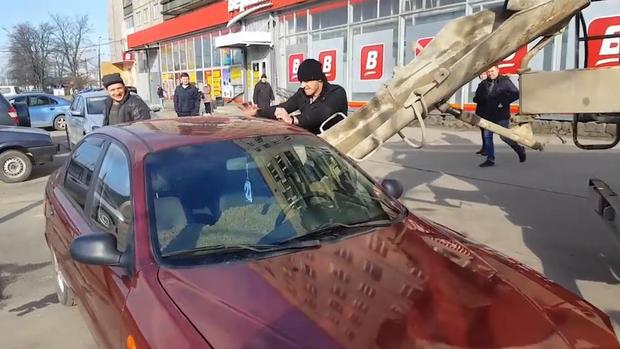 It seemed this unnamed man and his wife were going through a rough patch in their relationship, after the lady admitted that she’d cheated on him, but they were trying to work it out.

Then – without even telling him – she legally changed her surname from his to that of a local supermarket, to take advantage of its promotional offer of a cash prize of 50 000 roubles (R11 900) for anybody willing to do so.

That was the final straw, apparently, so he parked his wife’s prized Chevrolet, which she always kept in spotless condition inside and out, in front of the supermarket and had a local builder fill it up to windowsill level with ready-mixed concrete.

Unsurprisingly, since the car is now too heavy to either pick up or tow away, it’s still there.

Biden says no more US ‘rolling over’ to Russia

And why was the name change so hurtful? The name of the supermarket, and now his wife’s surname, is “Verniy” – the Russian world for “loyal”. IOL

Biden says no more US ‘rolling over’ to Russia