#MissSA2017: ‘This is for every little girl with a dream’ 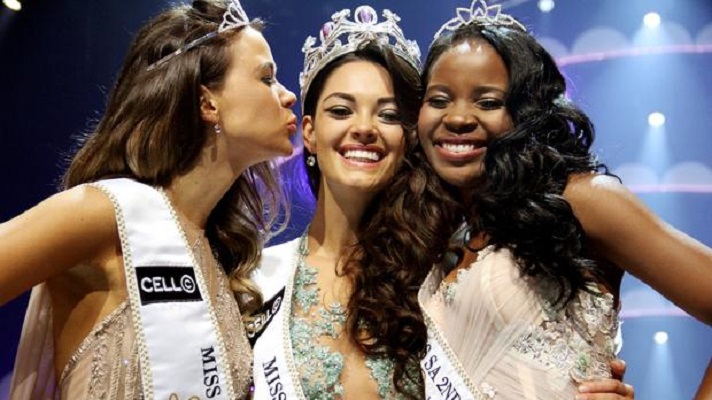 “I would like to thank my Heavenly Father for everything. He has blessed me just as he promised when he said I know the plans I have for you.”

This was part of the acceptance speech of a radiant Demi-Leigh Nel-Peters after she was crowned Miss South Africa 2017 at a glittering ceremony held at Sun City, held in partnership with Cell C.

“As a young girl, I would watch the Miss South Africa competition wishing with all my heart that one day I, too, would be able to walk on that stage, just like those glamorous women I saw on television. Tonight that dream came true

“Tonight I stepped on that stage as Demi-Leigh Nel-Peters; I now greet you as Miss South Africa 2017.”

The 21-year-old, who hails from Sedgefield in the southern Cape, could barely hold back the tears as Miss SA 2016, Ntandoyenkosi Kunene, placed the coveted crown on her head. Nel-Peters is doing her final year in BCom Business Management.

Boipelo Mabe, who was one of the crowd favourites, was second princess with first princess going to Ade van Heerden.

Mabe, 23, hails from Alexandra in Joburg, and is a full-time Masters student, model and newsreader on Soweto TV, while 25-year-old Van Heerden is a medical doctor and second lieutenant in the South African Military Health Service. She is from the Western Cape.