I belong to league of elite boxers: Manyuchi

Charles Manyuchi says he belongs to the elite league of world boxers, in the same category as British fighter Amir Khan, and his first bout in Singapore tomorrow will demonstrate just that. 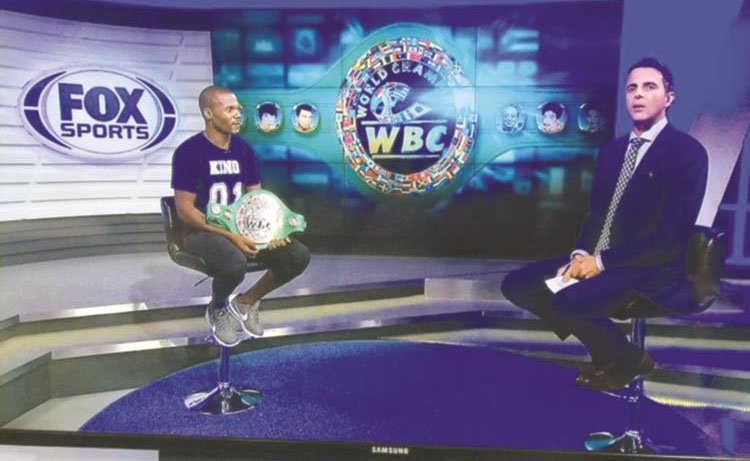 It’s now only a matter of hours before the talking stops and the action begins when Zimbabwe’s boxing superstar Charles Manyuchi defends his World Boxing Council world silver welterweight crown in Singapore tomorrow in a tricky showdown against unbeaten Uzbekistan star Quadratillo Abduqaxorov.

Manyuchi has been feted as a king in Singapore where he has been the star attraction with a number of media organisations, including Fox Sports, scrambling to interview him.

He was at the Fox Sports studios on Tuesday and has also been interviewed by Singapore’s One FM 91.3 radio station.

“Thanks to Andre Hoeden, Elliott Danker and the rest of the ONE FM 91.3 team for the great interview. Joining Charles were his manager Chris Malunga and coach Mike Zulu,” the promoters of the mega fight, Cartel International, said on their official Facebook page.

“Hailing from Zimbabwe, Charles will be taking to the ring to defend his title this Saturday 25 March at the OCBC Arena against Uzbekistan’s Qudratillo ‘The Punisher’ Abduqaxorov.

“So who prevail in this epic battle between the champ and the upstart.”

“The New Paper newspaper of Singapore described Manyuchi as a man who “pulls no punches (and) the Zimbabwean professional boxer promises he will make short work of Uzbek Qudratillo Abduqaxorov.”

And Manyuchi is certainly showing any signs of being intimidated. He says the fight will showcase the gulf in class between him and his opponent.

“Being the champ in Asia is like being a champ in Africa – and I did that years ago. I’m now the world’s silver welterweight champion, that’s a different league altogether,” said Manyuchi.

“In a 12-round fight, I have to be prepared to go it all – you can’t predict which round the match will end.”

Despite the caution, he has already looked past Abduqaxorov and set his sights on the WBC world welterweight title, currently held by American Keith Thurman.

Said Manyuchi’s manager Chris Malunga: “The WBC silver title was created as a gateway to the WBC (main title), and by the end of this year we will set up a chance to fight for it.”

Pointing to the silver title on Manyuchi’s arm, his coach Mike Zulu added: “I’ve got absolute confidence in him, that’s why we’re at this level right now. But, we can go higher.”

But his opponent says Manyuchi is making a dangerous mistake. When asked about Manyuchi’s comments that the Zimbabwean belongs in a different league, the 23-year-old Uzbek boxer simply smiled and said “What do I think? I think it’s just bull****.”

With his trainer Ilgar Aliev as translator during an interview with The New Paper at Clarke Quay, Abduqaxorov said he has no fear of Manyuchi’s tally of 20 wins from 23 fights, 13 of which have come via knock-out.

Aliev chimed in: “I think (Manyuchi) talks too much.

“It is his mistake to be overconfident, thinking this will be an easy fight for him. Let’s see what he can do inside the ring.”

Manyuchi is ranked sixth in the world by WBC in his weight class, while Abduqaxorov is 34th.

While Manyuchi is sure a gulf in class will be highlighted tomorrow, Abduqaxorov and his trainer believe their training camp has put them in good stead.

There, he sparred 12-round bouts three times a week, with a fresh opponent rotated in every four rounds.

He also did over 80km of cardiovascular training and strength-training drills to get into fighting-fit condition.

Said Aliev: “All his sparring partners are among the top 20 in the world.

“Now, he has more power, more speed, better footwork . . . Everything is better. And we will show it at the OCBC Arena on Saturday.”

Aside from Abduqaxorov, another Asian boxer is also eager to make a big step forward tomorrow.

The 29-year-old is ranked world No. 2 by World Boxing Association (WBA) and ninth by the World Boxing Organisation (WBO).

“Even though this is a nine-round, non-title fight, it is huge to me,” said Daud.

“My opponent is young, and he’s hungry, but I have experience and I plan to use it to defeat him. The Herald