Security guards at the OR Tambo International Airport are among five more suspects arrested for the daring R200- million heist, including one found with a multi million- rand Lamborghini. 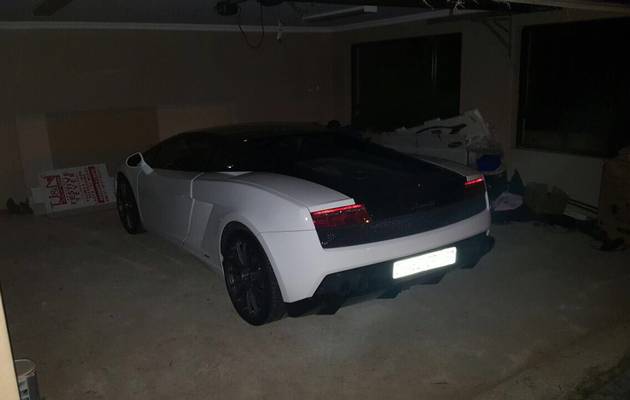 The Sowetan reported that the Hawks, working with the provincial tracking team and crime intelligence in Limpopo, arrested four suspects in Soshanguve, Tembisa, Norkem Park and at an exclusive estate in Centurion, Tshwane.

A source, who asked to remain anonymous, said the 39-year-old Centurion resident was in possession of a Lamborghini and an undisclosed amount of money.

Three of the men are security guards at Africa’s busiest airport , and one guarded the vault in which the stolen millions were kept.

Another man, a foreign national, has been arrested for allegedly cloning the police vehicle used in the heist.

The five are aged between 30 and 40, according to a source with intimate knowledge of the investigation.

Hawks spokesman Brigadier Hangwani Mulaudzi said he could not confirm or deny the arrests.

One of the suspects, whose name is known to The Times, was arrested at his luxury Blue Valley home just hours after posting pictures of himself and friends on social media posing with a brand new R5-million Lamborghini.

Two of them have already appeared before the Kempton Park Magistrate’’s Court and face armed robbery charges.

The heist, which occurred two weeks, ago, has already seen five lieutenant-colonels being transferred from the airport, according to the Sunday Times.

Police are yet to confirm whether part of the money has been recovered and are reportedly investigating the exact amount stolen, the currency and the intended destination.

Mugabe off to Mauritius