A vile robber and rapist serving 20 years at Khami prison on the outskirts of Bulawayo, yesterday demanded to be sentenced to death after he was slapped with an additional 50 years in prison. 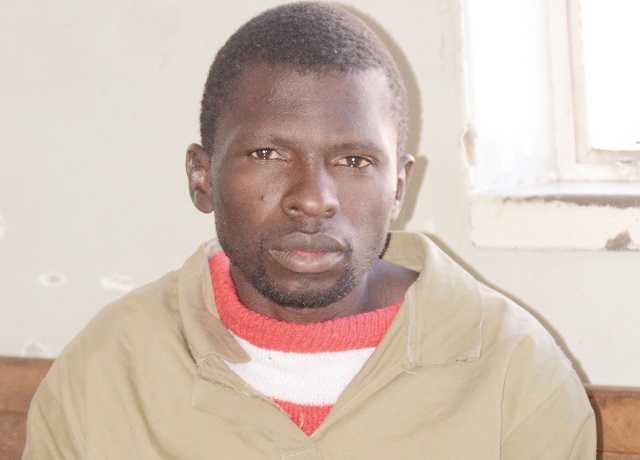 Xolisani Nkala (30) – described as a drama king by State-certified pyschiatrists for feigning mental illness – was convicted of two counts of robbery and two rape counts by Regional Magistrate Mr Chrispen Mberewere due to overwhelming evidence.

“For each of your two robbery counts you will serve five years. Two years out of the 10 will be suspended on condition of good behaviour for the next five years. For rape you will serve 20 years for each count. This court will set aside 10 years of the combined 40 years on the same condition of good behaviour. Your effective sentence is 38 years,” said Mr Mberewere.

A seemingly perplexed Nkala shouted that the magistrate should have sent him to the gallows.

“It’s best that you just let me hang. These years are too much for me. I’m serving already and you give me such years. Just condemn me because I’ll spend the rest of my life in prison,” he said.

Mr Mberewere heard how Nkala recorded a sickening sex attack on one of the victims on video and also raped the other victim thrice with her seven-month-old infant strapped on her back.

On another appearance, he hit the magistrate with a frog before asking for his case to be moved to the High Court claiming that there was bad blood between him and the magistrate.

The State assigned three psychiatrists to examine him and they all certified him sane, describing him as a drama king.

Yesterday, he employed his drama stunts again during mitigation when he told the court that he had many children.

“I have many children Your Worship. Everyone who believes in God is my child. Before I got arrested, I used to source clients for magistrates, I would go to prison where I would find them inmates who wanted to get bail and directly link them,” said Nkala.

Prosecuting, Mr Simbarashe Manyiwa said sometime in 2013, Nkala, who pretended to be a tout to lure his first victim, led a woman to a vehicle in the Bulawayo city centre on the pretext that it was bound for Gwanda.

“The woman got into the vehicle and the driver drove off along Harare road. The driver told her he wanted to collect a spare wheel from an undisclosed place,” said Mr Manyiwa.

“He drove along Harare Road until he reached Fort Rixon turn off. He then asked Nkala and the woman to disembark.”

He said Nkala took the woman to a nearby bush and demanded her phone and money threatening to kill her if she didn’t comply.

“In fear, the woman gave Nkala R400 and her Nokia phone. He ordered her to undress and wore a condom before raping her once while recording the attack with a cellphone,” said Mr Manyiwa.

The woman walked back towards Bulawayo and was picked up by a motorist in Ntabazinduna who took her to the United Bulawayo Hospitals (UBH) where she made a report at the police post.

On the second count, Nkala met a woman at the City Hall in the Bulawayo Central Business District. Mr Manyiwa said he asked for her cellphone number.

“He called her the following day claiming he had second hand clothes for sale. He asked her to meet him in town so that they could go to Ntabazinduna where the clothes were,” he said.

At Nhlambabaloyi, he allegedly led the woman, who was carrying a baby on her back, into a bush.

Nkala allegedly forced her to kneel and raped her three times from behind. The Chronicle