A two-year-old boy has been admitted to Mpilo Central Hospital in Bulawayo after his mother, who is a psychiatric patient, allegedly chopped off his manhood. 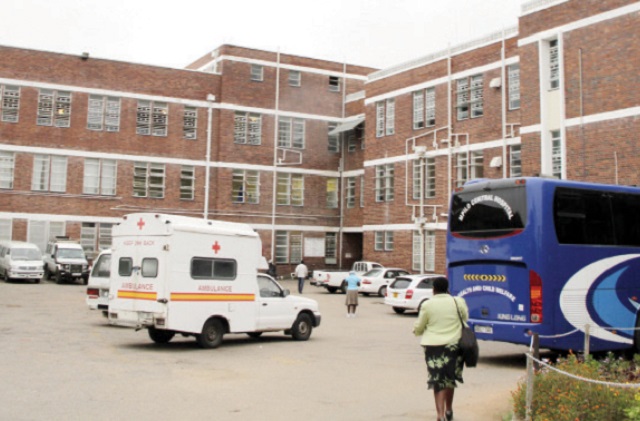 The woman from Magwegwe North suburb, who cannot be named for ethical reasons, was alleging that her son’s privates were too big for his age.

The baby was rushed to Mpilo Central Hospital where he has been admitted for the past two months.

Authorities are reportedly now looking for a Children’s Home where he will be taken to when he is discharged.

A family member who spoke on condition of anonymity said the baby’s mother was taken to Ingutsheni Central Hospital following the incident.

“We were shocked when we heard that she had cut her son’s privates. Neighbours said she called them screaming for help after chopping the manhood which she described as too big for his age,”she said.

“We’re equally shocked and sad that the boy will live without his manhood for the rest of his life. It was a traumatic incident and we hope both him and the mother will recover.”

She said a police report was made.

Mpilo acting clinical director Dr Xolani Ndlovu said: “I’m sorry I’m not in a position to confirm or deny if there is indeed such a patient as it involves a minor.”

A nurse who spoke on condition of anonymity said the child had suffered a traumatic amputation.

“This child came here sometime in January and we didn’t see the piece of the cut manhood. We have been treating and nursing him since then as his mother had to be taken to Ingutsheni Central Hospital. She had become a hazard to the child and other patients as she exhibited violent tendencies,” said the nurse. The Chronicle