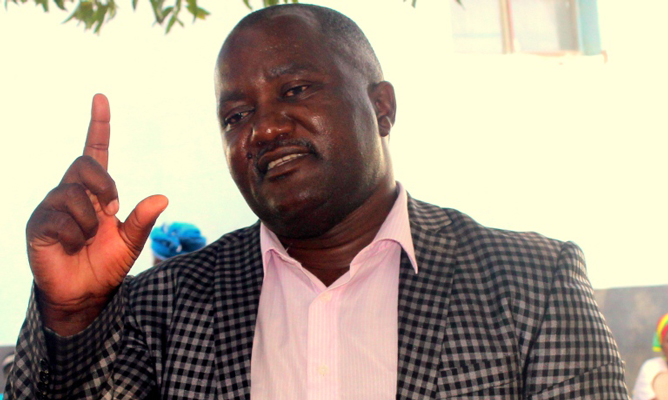 As matters stand, President Robert Mugabe and his senior party lieutenants are dithering about releasing the results of the poll formally — seemingly more concerned about diffusing rising political temperatures within the party in the volatile province, although insiders told the Daily News yesterday that this was inadvertently also inflaming emotions further in the process.

All this comes as Zanu PF’s two major factions have escalated their fights ever since Mugabe gave his traditional birthday interview to the ZBC last week, in which he rubbished all his minions’ leadership credentials and their chances of succeeding him.

It was reported at the weekend that the G40 — which is rabidly opposed to Vice President Emmerson Mnangagwa’s mooted presidential ambitions, and which is said to be backing Masanganise — is pushing to have the results of the Masvingo poll set aside, citing alleged rigging and other irregularities.

To complicate matters, there were also unconfirmed reports that Masanganise, a war veteran and retired army colonel, may be related to Mugabe.

At the same time, the insiders who spoke to the Daily News yesterday suggested that Zanu PF’s ever-fluid factional dynamics could be shifting again — with Mnangagwa’s allies, Team Lacoste, cranking up their own assault on the G40 who have been in buoyant mood over the past few weeks.

“It (Masvingo result) speaks to an internal rebellion in Zanu PF and the movement’s continuing implosion,” political analyst Maxwell Saungweme chipped in.

“The election result is an early warning sign to those in Zanu PF that once Mugabe is gone the power matrix will change. It also calls for the G40s to rethink their strategy after Mugabe, as Mugabe’s brand will be buried with the man,” Saungweme added.

On his part, University of Zimbabwe professor of politics Eldred Masunungure said it was unrealistic for the G40 to hope to hold sway in Masvingo.

“It’s common knowledge that Masvingo is a stronghold of Team Lacoste. For the G40, it was an ambition which was not realistic. They should have never harboured ambitions to take control of the province.

“But I don’t think the people of Masvingo are defying Mugabe. They are only saying that they are not swayed by the relationship between the president and this other candidate (Masanganise),” Masunungure told the Daily News.

In the provincial election results that became public on Thursday, Chadzamira crushed Masanganise — polling 12 393 votes against his opponent’s 4 888, amid allegations of rigging and failure by people in Mwenezi and some parts of Chiredzi to vote.

But Chadzamira has an uneasy relationship with party bosses after he was suspended last year on charges of indiscipline and inciting insolence, as well as engaging in violence.

He was subsequently replaced in an acting capacity by Amasi Nenjana, who is said to have reluctantly pulled out of last week’s race to pave the way for Masanganise.

Zanu PF has since said that its politburo will now have to determine the outcome of the provincial election at its next sitting, although Masanganise wants to have the results nullified.

In a statement, Masanganise accused politburo member and presiding officer, Joram Gumbo, of allegedly showing bias in favour of Chadzamira.

“The presiding officer displayed from the onset his bias towards a certain candidate and has continued to canvas public opinion by going public about a process which is yet to be concluded.

“We all wonder where the presiding officer got his 63 percent when the whole of Mwenezi District did not vote, Chiredzi District two thirds did not vote, in Gutu District a fragmentation of a few districts participated with Gutu North Constituency not having a single vote.

“In Masvingo District only Masvingo urban constituency voted with an average of two districts each having voted in the other four constituencies.

“Chivi South constituency was affected by heavy rains, while there was a circus in Zaka East constituency where the Member of Parliament was conducting elections,” Masanganise said.

Meanwhile, Mugabe — wittingly or unwittingly — appeared to confirm at the weekend why there is so much interest in the election of the party’s provincial chairpersons.

Speaking at his belated birthday celebrations in Matobo on Saturday, a tired-looking Mugabe accused his lieutenants of using their factions’ provincial chairpersons to push their succession agenda.

“Let me refer now to the unending problem of division within the party. We want a party which is tight … The party, as I said, is based on a party constitution and the party constitution provides how people can get elected from one position to another.

Mugabe spoke as Zanu PF’s ugly tribal, factional and succession wars have got worse over the past few weeks, with the ruling party split between Team Lacoste and the G40 camp.

The nonagenarian also repeated on Saturday that he would neither retire nor name a successor, unless the deeply-divided ruling party staged an extraordinary congress to choose his successor if he decided to retire.

“If Zanu PF says I should go I will … For your own information, I never canvassed for any position, I rose up to my position … let the people judge for themselves … We don’t want imposition (of leaders) at all.

“People have said that I should choose a successor but that is what is called imposition. I don’t want and will never impose. This is the job of congress to choose those who will then come up and the party will elect.

“Whatever position you seek must be a position you get upon a proper election by the people … People who are busy forming their own groupings saying VaMugabe must go I ask myself where should I go,” Mugabe said.

But such statements have not gone down well with Mnangagwa’s allies, who include sacked Mashonaland Central youth leader, Godfrey Tsenengamu.

Last week, they warned the increasingly frail nonagenarian that he faced a big fight if he continued to thwart the Midlands godfather’s mooted presidential aspirations.

Tsenengamu also said that they would now openly campaign for Mnangagwa as Mugabe’s successor, raising the stakes high in the succession saga.

He was subsequently nabbed by detectives, a day after he held his press conference in the capital where he let rip at Mugabe and his powerful wife Grace.

Tsenengamu has since appeared at the Harare Magistrates’ Courts where he was denied bail.

He is facing three charges: violating provisions of the draconian Public Order and Security Act (Posa) for holding his press conference without clearance, undermining the authority of the president and subverting a constitutionally-elected government. Daily News

‘Don’t write off Mnangagwa yet’