I would run for presidency – Mawarire

Anti-president Robert Mugabe campaign leader Evan Mawarire has said he would consider running for presidency in 2018, if asked. 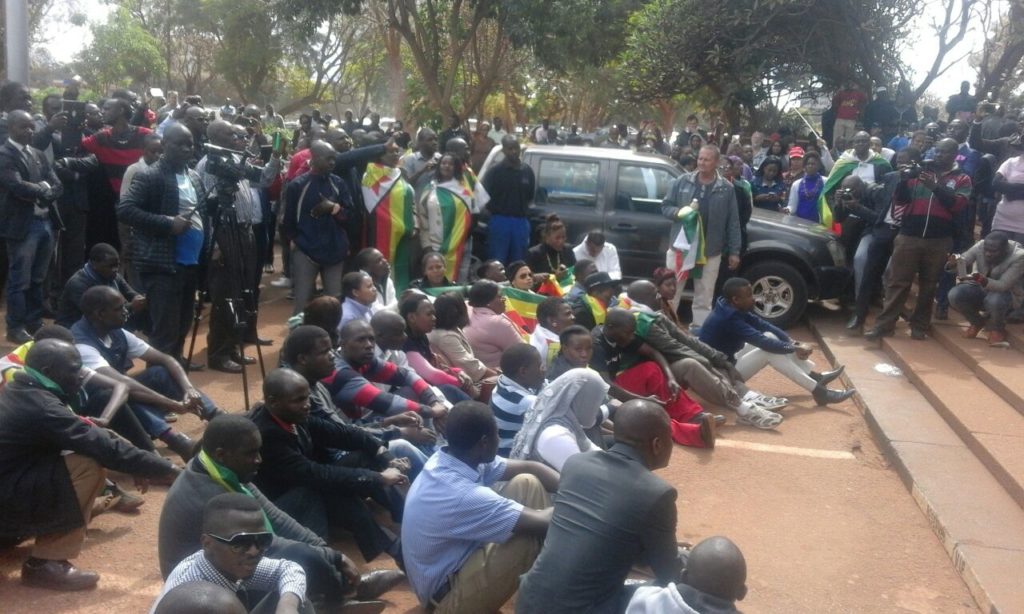 However, the cleric — who is currently on $300 bail over a case in which he faces charges of attempting to subvert a constitutionally elected government — said he will not transform his #ThisFlag movement into a political party.

“If the opportunity presents itself . . . why not?” Mawarire said after he was asked about his presidential aspirations during an interview on Thursday.

“I don’t want to close the door on myself,” he added.

He said “let people be allowed to do things that they feel and see if they will be able to bring change”.

With less than a year to Zimbabwe’s eighth presidential election, speculation has been mounting over what role Mawarire — whose Internet video campaign inspired unprecedented protests against soon-to-be 93-year-old Mugabe last year — will play.

Mawarire — who was arrested at the Harare International Airport early this month upon his surprise return from self-exile in the United States (US) — said even if he was to run for presidency, #ThisFlag would “continue as a citizen movement that is not aligned to any individual’s aspirations”.

Mawarire left the country six months ago for the US, claiming that his life was in danger.

Apart from the charge of attempting to subvert a constitutionally elected government, Mawarire is also accused of inciting public violence and insulting the national flag.

His departure for the US ignited heated debate, with ordinary citizens questioning why he left when the movement he had initiated had reached its peak.

But Mawarire said he did not regret leaving Zimbabwe.

“Absolutely not,” he said.

“I would not change a thing. When you are thinking of your family . . . you are not trying to please anyone else . . . This was for them.

“So, I am glad we moved at the time we did because it was just in time before any of them got hurt,” he said.

“I understand the sense of disappointment . . . but when things happened at that time, I can’t say I was not afraid. So definitely that fear was there.”

Mawarire added he never sought asylum in the US. Daily News