Government has scrapped the 15 percent value added tax that it had introduced through Statutory Instrument 20 of 2017 amid concerns of an increase in the prices of basic products. 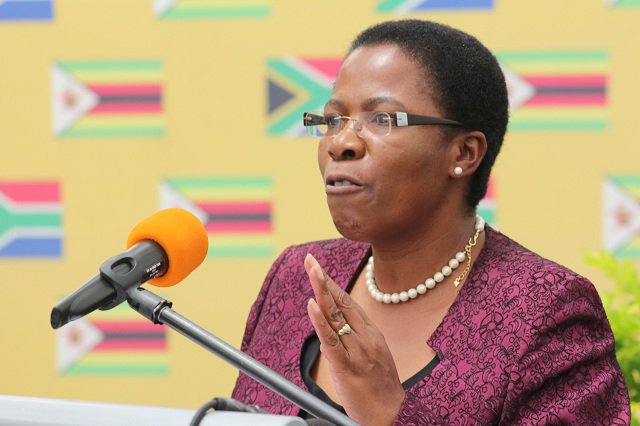 The Ministry of Finance and Economic Development is expected to gazette a reversal of the Statutory Instrument in the Government Gazette today.

“The Statutory Instrument belongs to the Ministry of Finance though it has an effect on us as Ministry of Industry and Commerce,â€ said Deputy Minister Mabuwa.

“That is why the Minister of Finance has already announced that it will be suspended. Government is in the process of reversing the Statutory Instrument. We expect that tomorrow maybe reversal of SI will be published from Ministry of Finance.”

In a statement yesterday, Finance and Economic Development permanent secretary, Mr Willard Manungo said Minister Chinamasa had already announced the withdrawal of the SI in Parliament in view of the impact on prices of affected basic products.

He said prices of the commodities were in most cases much higher than justified by the quantum of the new taxation thresholds.

“Statutory Instrument 20 of 2017 provided for the charging of VAT at a standard rate of 15 percent on selected basic products,â€ said Mr Manungo.

“Following the Honourable Minister’s review of this policy stance, Treasury is, thus, gazetting a new Statutory Instrument to exempt from VAT, products, which include beef, chicken and fish as well as rice, potatoes, margarine and mahewu.

“The Statutory Instrument takes effect from 16 February 2017 and all traders in such products should no longer charge VAT on the following items; beef, chicken, fish, rice, potatoes, margarine and mahewu.”

Mr Manungo said consumers, should therefore, not be made to pay VAT on those products with effect from yesterday.

He said all traders were expected to cooperate. Meanwhile, Transport and Infrastructural Development Minister, Dr Joram Gumbo said Government was going to help all the local authorities with repairing roads having declared the roads in Harare a state of disaster already.

He said local authorities did not have enough funds to repair or fix roads as most of the funds that the Zimbabwe National Roads Administration collected went towards repaying the loan for the Plumtree-Harare-Mutare project.

Dr Gumbo was responding to a question from MDC-T senator, Mr Morgan Komichi who wanted to know the role of Zinara in the fixing of roads with potholes in cities.

“We want to help the cities. There was a declaration of state of disaster for Harare roads. We are working with the City of Harare to help fix the roads. We can not leave the local authorities alone because the money is inadequate.

“The money from Zinara is not sufficient. The highest Zinara has received since it was established is about $150 million (per year). A huge chunk of the money goes to the repayment of the loan for the road from Plumtree to Mutare, which is that $206 million loan that we are paying for 10 years. So far, we have paid three years and we have seven years to go.”

Dr Gumbo said that was the reason local authorities were unable to maintain their roads though some had done well using the inadequate funds they received from Zinara. The Herald

‘DeMbare will be revitalised side this season’

Another ritual killing! Man kills brother to get rich