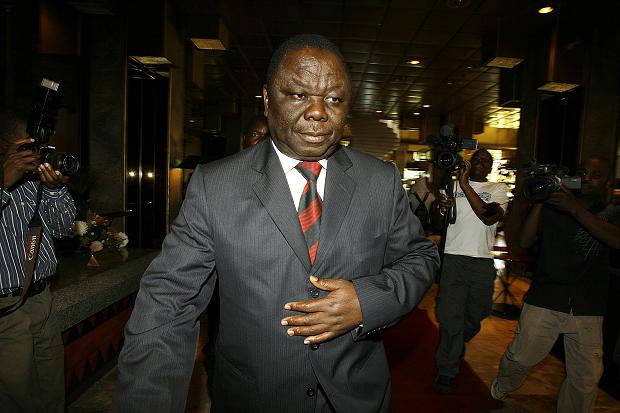 The duo will join about 6 000 guests — including Zambia’s president Edgar Lungu — expected at the ceremony to be held in Accra.

“Tsvangirai tomorrow (today) leaves for Saturday’s inauguration of . . . Akufo-Addo,” he wrote on his Facebook page yesterday.

Luke-ing the Beast in the Eye: Ode to Zimbabwe’s…

Akufo-Addo of the opposition New Patriotic Party (NPP) will officially be sworn in as Ghana’s president following his victory against incumbent National Democratic Congress (NDC)’s John Mahama who served just one term.

He polled 53,8 percent of the total valid votes to become Ghana’s fifth president since 1992.

Ghana is regarded as one of the symbols of democracy on the African continent where coups are common while elections are almost always marred by allegations of vote rigging and voter intimidation.

In Zimbabwe for example, election results since 2000 have been contested and deemed from being far from being free, fair and credible.

In 2008, Tsvangirai — President Robert Mugabe’s long-time rival — was denied victory after authorities held on to election results for almost a month before they were finally made public albeit requiring a re-run ostensibly because the opposition leader had not garnered enough votes to surpass the 50+1 required under the country’s Constitution.

The resultant run-off, however, turned out to be a one-man race as Tsvangirai pulled out citing voter intimidation.

About 12 Heads of State from African and European countries are expected to attend the swearing-in ceremony.

President of Cote d’Ivoire Alassane Ouattara will be the special guest speaker at the inauguration which will also see the attendance of 13 other government representatives, five international representatives of multilateral organisations and a number of ex-presidents from West Africa and other parts of the world.

While Chamisa was not available for comment as his mobile phone was unreachable, MDC sources said the Kuwadzana East legislator made it to the list of invited guests owing to his friendship with Akufo-Addo’s campaign manager, Peter Mac Manu, whom he met on a recent trip to America.

“Remember Chamisa was at Stanford University in the US recently where he met the new Ghanaian president’s campaign manager,” the source said. Daily News

Kabila will hand over power: Envoy

Luke-ing the Beast in the Eye: Ode to Zimbabwe’s toiling workers

Luke-ing the Beast in the Eye: Mnangagwa splurges on expensive toys while nation…

The President: Documentary on Nelson Chamisa wins award at film festival in Brazil