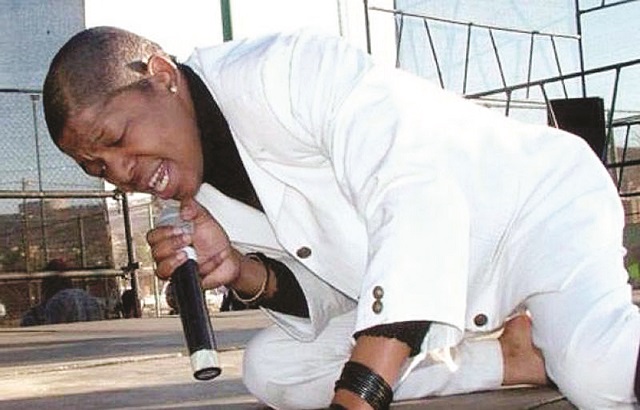 A close friend revealed that he was in and out of two hospitals – Edenvale Hospital and Charlotte Maxeke Johannesburg Academic Hospital – since December 6, 2016.

He spent his 38th birthday, on December 16, in a hospital bed and was apparently discharged this past weekend and was recovering at home.

The friend said Lundi was suffering from stomach tuberculosis and also had a shortage of blood in his body.

“His situation was bad. He was first admitted to Edenvale Hospital then transferred to Charlotte Maxeke and spent days there.

‘Lundi had problems but being broke ain’t…

“He was then transferred back to Edenvale Hospital and was discharged this past Saturday,” said Lundi’s friend.

While in hospital, Lundi missed out on a number of gigs, including attending the funeral of his friend, S’fiso Ncwane, whom he helped record his music when he moved to Johannesburg from KwaZulu-Natal.

He was booked to perform at an event in KwaZulu-Natal on New Year’s Eve, but could not perform as he was still on the mend.

A second source said Lundi showed signs of poor health since the beginning of December when he performed at Jozi FM Annual Gospel Music Festival.

“He’s not looking well at all, but we’re praying that he beats this. He’s suffering from abdominal tuberculosis, chest pains and he has had a liver problem for a while now,” said the source.

The source added that Lundi, who has been dubbed the ‘prince of gospel’and the ‘prodigal son of gospel’, is also experiencing breathing problems.

“I don’t think he’ll be able to perform for a while after being released. It’s important that people, especially artists, start taking good care of themselves and their health.

“Let’s all put him in our prayers as we cannot afford to lose another gospel star like we did end of last year with Sfiso Ncwane.”

Attempts to get comment from Lundi were unsuccessful as his phone was off.

‘Lundi had problems but being broke ain’t one’ – report