Four people were killed by lightning in Tsholotsho and Lupane districts in Matabeleland North over the weekend while 10 others sustained severe burns. 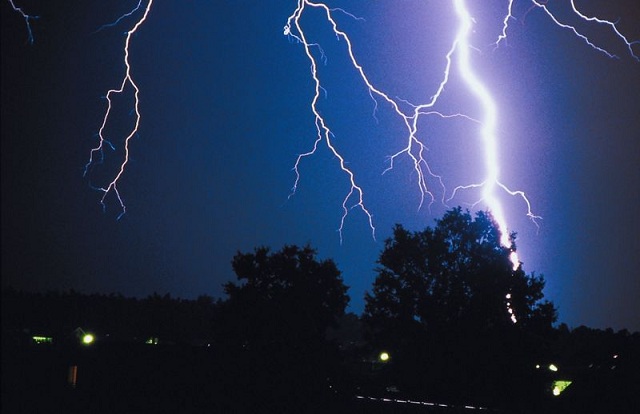 Two ZCC congregants died on the spot and eight other church members were rushed to hospital in Lupane on Sunday after being struck by a bolt of lightning during a church service in the bush.

A woman and her two-year-old son were also killed by lightning in Tsholotsho the previous day.

The woman’s 21-year-old daughter and her two-year-old son survived the lightning but sustained severe burns and are admitted to Tsholotsho District hospital.

Lupane District Administrator Mrs Ennetsy Sithole confirmed the death of the two congregants but said she could not give details as she was not in Lupane.

Chief Mabhikwa said the two members of the church died on the spot while eight others sustained severe burns after being struck by a bolt of lightning during a church service.

He said the incident happened in Sibombo Ward on Sunday afternoon.

The injured were rushed to St Lukes Mission Hospital.

“I advise members of the public not to be under trees when it is raining to avoid exposing themselves to lightning,” he said.

In Tsholotsho, Ms Sithokozile Sibanda of Nganyana Line under Chief Mathupula, died on the spot after lightning struck while she was seated on her verandah with her children.

Ms Sibanda’s husband, Mr Bhukanana Tshuma said the incident occurred while he was in Victoria Falls where he works.

“I was informed that my homestead had been struck by lightning killing my wife on the spot. My two- year-old son who was rushed to Mpilo hospital in Bulawayo also died the following day. Right now, my 21-year-old daughter and her two- year-old son are in critical condition and are admitted to Tsholotsho District Hospital.”

Mr Tshuma said his 19- year-old son escaped without injuries but he was complaining of a severe headache. He said the teenager managed to render first aid to the injured before they were taken to hospital.

Ms Sibanda was buried yesterday while her son will be buried today.

“The District Civil Protection Unit is assisting the family and we wish the injured a speedy recovery,” he said.

Last month, a pupil died and 19 others, including a teacher were hospitalised after they were struck by lightning in Binga and Nkayi districts. Chronicle