When they decided to ditch MDC leader Morgan Tsvangirai and follow Tendai Biti in 2014, the Madzore brothers, Solomon and Paul stepped into the unknown together, just as they have always done since 1999. 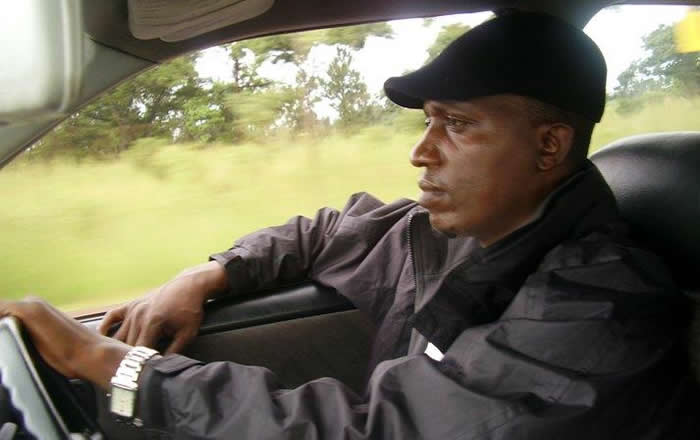 But two years down the line, the Madzore brothers are at odds, separated by political beliefs.

Solomon has stuck to Biti while his elder brother Paul has chosen to be the prodigal son and return to Tsvangirai.

Since the formation of the MDC in 1999, the two brothers were virtually inseparable politically as they shared identical views on politics.

“You will see all sorts of fake news about…

Biti rubbishes allegations he invited US sanctions on Kuda…

And when the MDC split for the first time in 2005 over whether to participate or not in that year’s Senate elections, the duo stayed with Tsvangirai when others went with former secretary general Welshman Ncube.

Following another split in 2014, this time engineered by Ncube’s successor as MDC secretary general, Tendai Biti who went on to form his People’s Democratic Party; the “Siamese twins” once again took the same decision and chose to dump the MDC.

The elder Madzore told the Daily News on Sunday in an interview last week that when he decided to retrace his steps to where it all began, his young brother thought otherwise.

Describing Solomon as a friend, Paul said because he did not want to argue over the issue, he never gave his brother a chance to offer his counsel.

“I  don’t have a person I would call my friend because Solo took this position so indeed I told him that I had decided to go back home kuna sekuru (to uncle Tsvangirai) as I had made up my mind hence I did not leave room for consultation as I was not ready for an opinion to the contrary,” Paul said.

The singing former MP added that his decision to return to Tsvangirai shocked  his brother as he expected him to be helping with preparations for the PDP policy conference that was held last month.

“We spoke about it for a while but we finally agreed to differ. Solo is an adult who is educated as well and we agreed that he can take his own path while I take mine politically and I am not going back and glad with my decision.

“In fact I still pray that one day he will listen to me and come back home to MDC but I will not push or force him. The good thing is that we cannot be separated beyond different opinions, ini ndadzokera kuna sekuru hangu (I have seen it fit to rejoin uncle)”.

Paul said life outside the MDC was never easy for him despite the fact that “PDP people are lovely citizens who I have great respect for”.

“Unfortunately, I could not continue to act as if we were together when we were not so I had to be honest hence my resignation.”

A founding member of the democratic movement, Paul rejoined the MDC at a time when several of his former colleagues elected to join former vice president Joice Mujuru’s Zimbabwe People First — leaving Biti in limbo.

Tsvangirai has been calling on other leaders to coalesce under one “big tent” and observers say the return of Paul, considering his political quantum, is testimony to the fruition of the former prime minister’s call. Daily News

“You will see all sorts of fake news about Chamisa” – spokesman…

Biti rubbishes allegations he invited US sanctions on Kuda Tagwirei