Hodges back at CAPS United

In an ambitious bid to become an African powerhouse, recently-crowned Zimbabwean football champions CAPS United yesterday announced a restructuring of their management which saw the return of former chairman Andy Hodges. 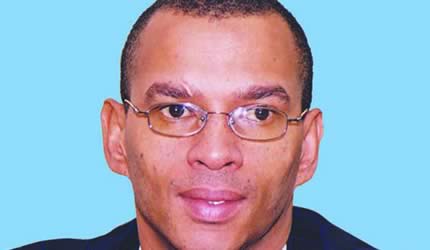 Hodges was the chairman when the Green Machine won the league title in 2004 before he left the club and later relocated to Malaysia where he is currently based.

In a statement released by the club yesterday, Hodges will be co-chairman of the team with Lewis Uriri who will be doubling as the team’s corporate secretary from January 2017 to December 2020.

Hodges is a prominent businessman and has also served in financial institutions like ZABG, CBZ, FBC, Stanbic, MBCA, and Barclays.

He is expected to start work next month and his experience will be invaluable to the reigning league champions.

“Andy is expected to return to the Green Machine after just over a decade,” reads the statement.

“He presided over the Green Machine during that memorable period . . .

“Andy is an accomplished businessman who has continued to give input into the Club. Lewis (Uriri) has attributed our success this year to Andy’s advice, inspiration and vision.

“The shareholders have and are engaging with . . . Hodges regarding his return to the club he led to the PSL Championship just over a decade ago.
“We are optimistic that come 1 January 2017, Andy will be back at the Green Machine.

“His involvement as our governor at the PSL as well as his other professional business and family commitments are such he feels he cannot single-handedly preside over the board.

“Similarly, Andy has significant pressing business and other commitments both locally and overseas.”

Club president and majority shareholder Farai Jere has also been included in the board and will immediately assume the responsibility for finance, business development and external corporate stakeholders while Nhamo Tutisani, who has a 25 percent stake, is the first vice president.

Uriri, who owns a 2 percent stake, will be the second vice president.

Tutisani will be responsible for marketing, public relations and strategic planning.

Hannah Wright has been also added to the board and will be involved on the marketing side of the club.

According to the club Hannah was been involved with Newcastle United Football Club in the United Kingdom between 2007 and January 2009 where she served as Newcastle United’s Marketing and Sales Executive.

She has vast marketing and advertising experience. She is presently the Marketing Manager of Stream Walk (Radisson Blue Hotel).