Veteran sungura artiste Nicholas “Madzibaba” Zakaria has roped in the services of his protégée Alick Macheso and Simon Mutambi on his forthcoming album. 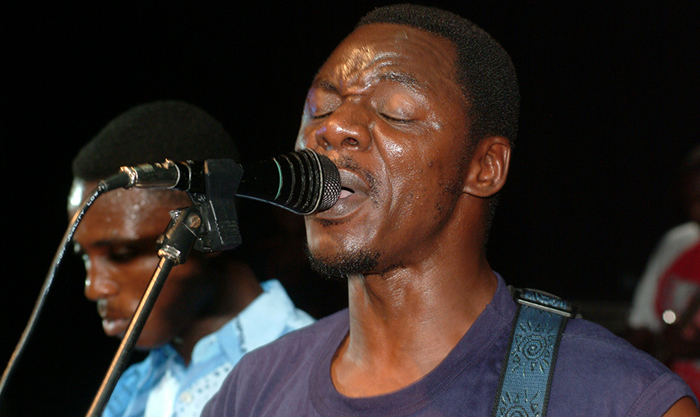 The project, which is Zakaria’s 27th studio album, is being recorded at Gramma Records and is still to be named.

“Macheso is featuring on two tracks and Mutambi on one. The duet with Mutambi has already been done while two tracks featuring Macheso will be complete by end of this week.

“The whole project is expected towards Christmas and it will be the first collaboration since we parted ways in 1997,” the Khiama Boys leader told the Daily News yesterday.

“I have collaborated with Zakaria on a single track and I learnt a lot from him. I hope the track will shake the country once it is released,” the Cobra Kings front man said.

Efforts to obtain comment from Macheso were fruitless as he was busy with his South Africa concert which reportedly attracted a bumper crowd. However, the Tafadzwa hit-maker recently told this publication that he was willing to collaborate with his former paymaster.

“We have discussed it and we have agreed that we should collaborate somehow and I believe this is good for our fans.

“It is only that at times we become too busy but we have already talked about it. I think it is a good idea for us and it will send a positive signal to the society, ndizvo zvinofanirwa kuitwa pahukama,” Macheso said then.

Zakaria also known as “Senior Lecturer” in showbiz due to his wide experience in the industry hinted that the forthcoming album will be littered with subtle political messages.

“The album was inspired by both political and economic hardships facing people on a daily basis. The message is not confined to Zimbabwe alone but it targets the whole world.

“I was quiet over the past years but the worsening economic and political situation has forced me to confront leaders through music,” he said.

“I have been composing political songs but was hesitant to release them, I believe now is the time to take the bull by the horns. I wish I could sing in all languages spoken on this earth such that my message will be effectively heard. My message is about urging leaders to lead by example not just mere talking while acting in opposite manner.” Daily News