By Dumisani Ndlovu | The Zimbabwean |

Business came to a standstill in Zvishavane when violent clashed broke out between the police and angry supporters of Morgan Tsvangirai at what was supposed to a peaceful political rally. 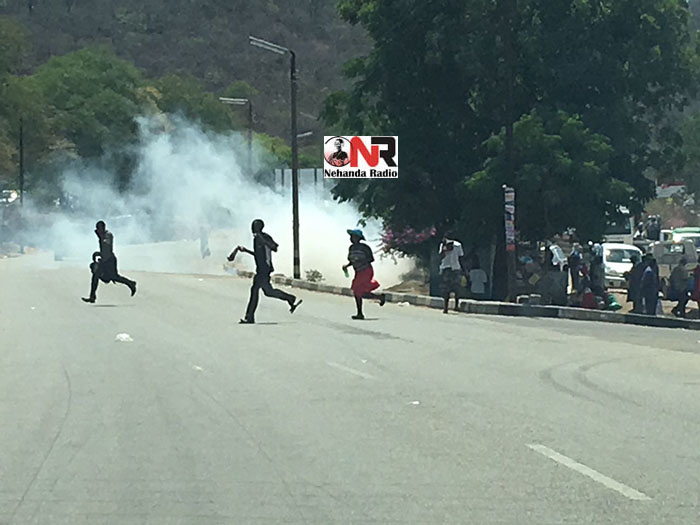 Massive demonstrations, similar to ones held in Harare and Bulawayo, started after a Zvishavane police officer, identified as inspector Mhike, stopped a highly anticipated and publicised MDC-T rally.

According to a reliable source, the violence erupted after inspector Mhike cancelled the event claiming that he was acting on a directive received from the Officer Commanding Zvishavane District, Edward Ncube. 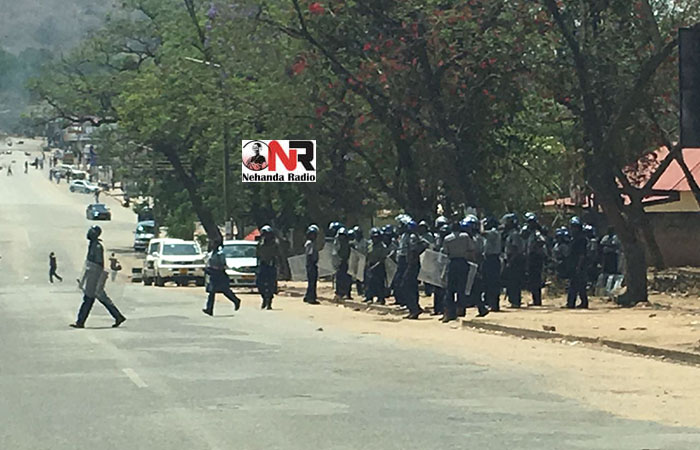 Mhiike ordered the MDC party officials, who were preparing for the event, to stop despite the event having the court’s permission. This journalist’s source said that this did not go down well with the former Prime Minister, Tsvangirai’s party officials who refused to comply.

“The police did not cite the law when cancelling the rally. They simply said that the rally could not go ahead because a soccer match between Shabani and FC Platinum under 19 teams was scheduled to take place at the venue.

“Upon checking this it was found that according to the ZIFA match fixtures, the match in question was scheduled for the day before our rally. After sensing defeat, they then cited Midlands State University examination as an additional reason for calling off the rally,” said Mutandavari.

Mutandavari added that the rally was going to be graced by the party’s vice president, Nelson Chamisa and that it was a legal rally.

Local residents were quick to point fingers at an ‘intolerant’ police force who they claim  clamps down on peaceful rallies and protesters.

Apart from attacking angry supporters with tear-gas, the following MDC members were arrested: Midlands Province chairperson Masendeke, Trainos Shava, Tendai Tswana, Tryforce Rwapwi and Clifford Mulingwa and are being detained at the Zvishavane police station at the time of writing this article.

“The decision by respondent 1(Officer Commanding Zimbabwe Republic Police, Zvishavane District) to prohibit the planned peaceful rally by applicant be and hereby declared unlawful. The respondent’s prohibition notice dated the 3rd of November 2016 to applicant be and is hereby declared null and void and of no force or effect and is hereby set aside,” read the document.

The guest speaker, Nelson Chamisa had to addressed party members at the residence of Mrs Lillian Timveous.  All efforts by this journalist to contact National Police Spokesperson, Charity Charamba have been unsuccessful.