Khoza wanted Ertugral to stay on

Good local coaches are in short supply, according to Orlando Pirates chairman Irvin Khoza, who now has to find an adequate replacement for Muhsin Ertugral following his sudden resignation after Tuesday night’s 6-1 humiliation away to SuperSport United in a league encounter. 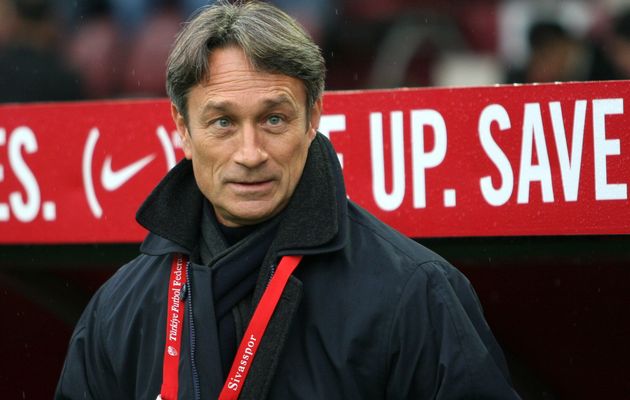 In a hurried press conference less than 24-hours later, where Khoza confirmed that he had not yet met with Ertugral apart from getting an email about his desire to walk away, the Pirates chairman suggested the inevitable search for suitable candidates will be exhausting.

“I don’t regret bringing any of the coaches that have been here in the past, but I have to acknowledge that it is not an easy job. The pressure here is enormous,” Khoza said.

“We are limited in terms of who will take over. Sometimes being a Pirates coach looks easy from the outside, but once you get in and you adjust, then you find that it is hot in the kitchen. We try our best to give our support and the best players, but in football you have no guarantees. We have a few games left before the Christmas break, so we must move on and maybe we will find someone who is able to handle the pressure. But there is not a big pool of coaches in the country.”

Pirates lost twice in eight games in all competitions under Ertugral. Although the four successive Absa Premiership draws in the lead up to their match against SuperSport at the Mbombela Stadium in Nelspruit had raised some concerns, the coach felt he could not recover from the degradation of Pirates’ heaviest ever defeat in the PSL era and opted to walk away.

With Ertugral, who was appointed in June on a three-year contract, leaving his post this week, it means the Buccaneers have now had four coaches (Roger de Sa, Vladimir Vermezovic, Eric Tinkler as well as Ertugral) in two years – and three of them asked to leave. Probably a sign of instability, but Khoza refuted this idea on Wednesday.

“I always give coaches a chance. That is why at Pirates we give three-year contracts. Muhsin wanted to sign for one year,” Khoza argued. “A lot of people don’t know this but Gordon Igesund wanted to resign before he went on to win the league (in 2001). If I had accepted his resignation, he would not have been part of that team and made history. Now he is remembered as a championship winning coach here. And I believe if Muhsin gave me a chance to meet with him I would have been able to persuade him not to go because he told me he was still trying something and we were only six games into the season, so maybe he was going to give us something different.”

Augusto Palacios will take over as caretaker coach until such a time that Khoza can find a new face in the PSL’s saturated market. Palacios has been working with the Pirates development team for some years now and is usually the club’s ideal rescue plan – one that is worth its salt given that the Peruvian helped them clinch the Premier League title in May 2012 after he had replaced Julio Leal mid-season.