Outgoing presidents in Ghana could be forcibly evicted from their official residences if they fail to move out in time, under new laws. 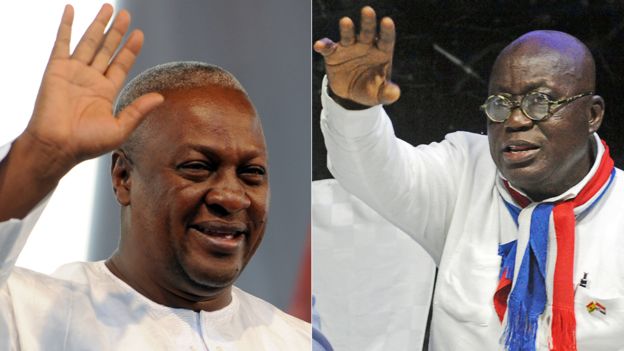 Presidents and vice-presidents will have to hand over official homes and vehicles at least two weeks before the inauguration of a new leader.

Ministers and other officials will have one month to do the same.

With general elections due on 7 December, the law aims to reduce delays in transferring government property.

The bill, which was passed by MPs on Wednesday, will now go to the president to sign into law.

Existing legislation requires officials to hand back government property after they leave office, but this is the first time there has been a strict time limit applied.

Ghana’s current leader John Mahama lives in his private residence, while the official presidential residence Flagstaff House is being renovated.

Mr Mahama is standing for re-election and his main opponent is Nana Akufo-Addo. The winner will be inaugurated on 7 January 2017.

In previous transitions of power, some officials have had to be forcibly evicted and had their state-owned vehicles seized after failing to hand them over. BBC News

Ghana president sworn in after chaos in Parliament