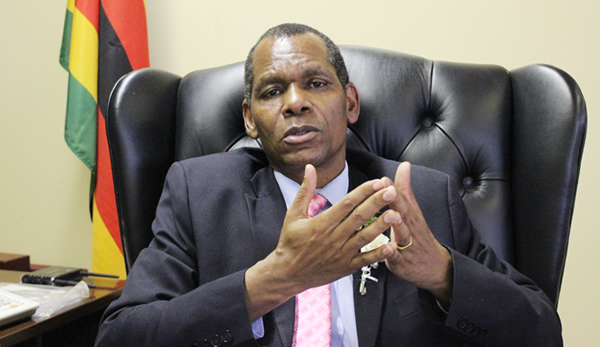 Two former cabinet ministers who were suspended from the ruling Zanu PF for allegedly supporting Joice Mujuru are back in the fold after the elite party decision-making body, the politburo, and the national disciplinary committee cleared them.

The two, Francis Nhema and Flora Buka, were are part of the scores of prominent Zanu PF members who were either suspended or fired for reportedly belonging to a camp led by Mujuru, who was expelled in early 2015 and has since joined the opposition.

She now heads the Zimbabwe People First Movement (ZimPF) that is now considered one of the top three parties alongside the Movement for Democratic Change led by Morgan Tsvangirai (MDC-T) and Zanu PF.

After their suspension, Nhema and Buka, both from the Midlands province, went quiet and did not join others top party members who went with Mujuru, among them former security minister, Dydimus Mutasa, former Zanu PF spokesperson, Rugare Gumbo and Dzikamai Mavhaire.

The Zanu PF interim provincial chair for the Midlands, Jorum Gumbo, confirmed the readmission of Nhema and Buka.

He said the decision was made after the province and its districts recommended the lifting of the suspension and they would be re-integrated into party structures and programmes.

It was not clear if they would retain senior positions in Zanu PF, but that is likely since they were only on suspension.

Only expelled members are supposed to start from cell level upon readmission.

“They (Nhema and Buka) remained members of the party. Moreover, in our situation …Buka and Nhema have already been forgiven and we were waiting for the announcement by the Politburo because their issue was not on the agenda on the previous meeting.

“However, their issue is done as the two have been cleared but we are now waiting for the formal communication,” said.Gumbo.

The re-admission of Buka and Nhema is likely to boost a camp that is led by Vice President Emmerson Mnangagwa.

Gumbo, who presides over Midlands party affairs, is a long time Mnangagwa ally, and is seen as having played an active role in fighting for their readmission.

Buka owes her rise to political prominence to Mnangagwa, who reportedly elevated her from being a rural school teacher.

Zimbabwe’s ambassador to the United Nations, Frederick Shava, who is also a Mnangagwa ally from the Midlands, reportedly lobbied for Buka’s rise in Zanu PF structures as the two are said to have been very close.

While Nhema’s real factional allegiance remains unclear, he is likely to owe his readmission to Mnangagwa who is considered the Midlands godfather.

In early August, the Zanu PF Midlands spokesperson, Cornelius Mpereri, noted that Nhema and Buka had not deserted the party despite their suspension.