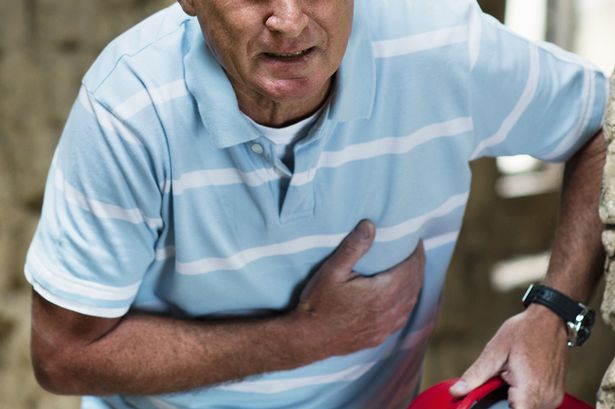 Common painkillers such as ibuprofen can raise your risk of heart failure, experts warned.

But a decade-long study has shown that someone taking an NSAID could increase their risk of being admitted to hospital with heart failure by up to 83%.

Prisoners break free to save guard having heart attack

The study, published in the British Medical Journal, involved almost 10 million NSAID users in the UK, the Netherlands, Italy and Germany.

It found that people who had taken any NSAID in the previous 14 days had a 19% increased risk of hospital admission for heart failure compared to those who had used NSAIDs at any point in the past.

The drugs – together with a sub-group known as selective COX-2 inhibitors – are commonly taken by people with arthritis.

The study by a team from Milano-Bicocca University in Italy showed increased risk in seven traditional NSAIDs. These are diclofenac, ibuprofen, indomethacin, ketorolac, naproxen, nimesulide and piroxicam. COX-2 inhibitors etoricoxib and rofecoxib were also on the list.

Those who took ketorolac saw their chance of being admitted to hospital with heart failure soar by 83%.

In an editorial accompanying the study, two Danish health researchers said: “Even a small increase in cardiovascular risk is a concern for public health”. The fact they can be bought in supermarkets “further fuels the common misconception that NSAIDs are harmless drugs that are safe for everyone”, they said.

Professor Peter Weissberg, medical director at the British Heart Foundation, said: “This study serves as a reminder to doctors to consider carefully how they prescribe NSAIDs, and to patients that they should only take the lowest effective dose for the shortest possible time.”

MOST people under 65 taking ibuprofen for occasional aches and pains don’t need to worry. If you are using ibuprofen regularly talk to a health professional who can help with the causes of pain.

Ibuprofen is best for pain associated with inflammation, so for headaches you could always try paracetamol.

People needing treatment with long-term or frequent short courses of NSAIDs do need careful monitoring, such as kidney checks, and should be regularly assessed.

Prisoners break free to save guard having heart attack