Justice for Women Zimbabwe, an advocacy group, has hailed the granting of bail to Lynda Masarira, a human rights activist who had been languishing in prison since July. 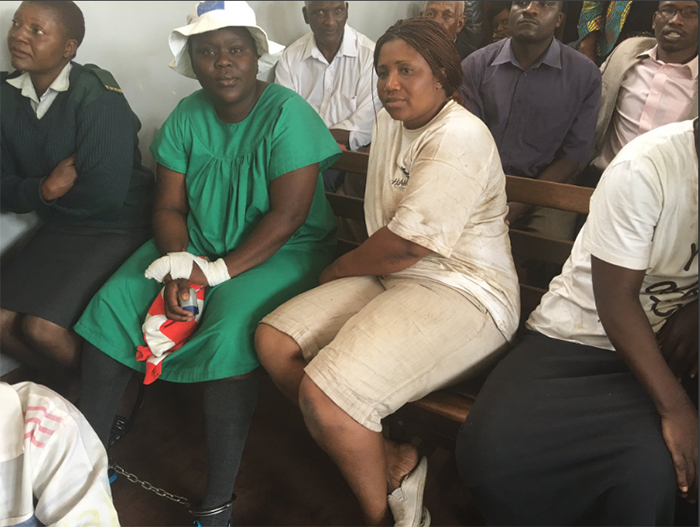 Masarira was arrested first arrested in June for participating in a protest calling for President Robert Mugabe’s exit for leadership failure and had been repeatedly denied bail until Monday when High Court judge, David Mangota, ordered her release.

She was rearrested in early July during a further wave of protests.

Activists had begun wondering why women’s groups had remained silent as Masarira was in jail.

Lessons to be learnt from Linda Masarira’s blunder –…

While Justice for Women Zimbabwe was among the many women’s groups that remained largely silent during Masarira’s incarceration, it jumped up first to celebrate her release.

“Justice for Women Zimbabwe applauds the brave ruling by Justice Mangota ordering the immediate release of Linda Tsungi Masarira who had been illegally incarcerated for standing up for women’s rights,” said the advocacy group.

Lynda is a mother of five and has been held in solitary confinement in the male section of Chikurubi Maximum Prison just outside Harare after protesting against jail conditions.

“Her release vindicates our claim that her imprisonment had nothing to do with prosecution but political persecution,” added the outfit.

While activists who were arrested alongside Masarira were given bail, the courts maintained that she had a pending case in Mutare.

“It is encouraging to note that even in a system where police officers are partisan, scared or compromised, justice eventually prevails,” said Justice for Women, which urged the release of another female activist, Yvonne Winfilda Musarurwa.

Musarurwa, a Movement for Democratic Change (MDC-T) supporter, was recently convicted for the 2011 murder of a police officer.

“The State must stop arbitrary arrests forthwith. Instead, efforts must focus on addressing concerns of female citizens whose rights are being grossly violated by the police force,” added the group. Nehanda Radio

Zim Activists: They are the real problem of Zimbabwe – Jean Gasho